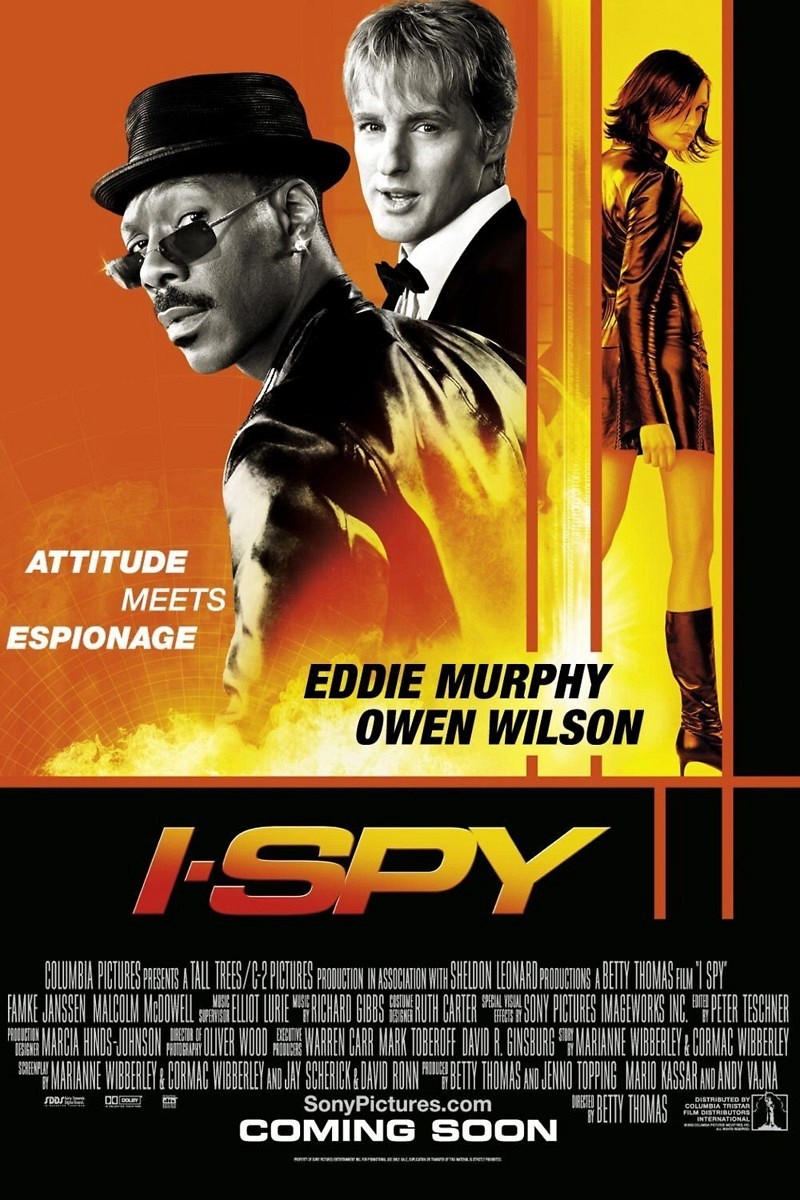 DVD: I Spy DVD release date is set for March 11, 2003. Dates do change so check back often as the release approaches.

Blu-ray: I Spy Blu-ray will be available the same day as the DVD. Blu-ray and DVD releases are typically released around 12-16 weeks after the theatrical premiere.

Digital: I Spy digital release from Amazon Video and iTunes will be available 1-2 weeks before the Blu-ray, DVD, and 4K releases. The estimate release date is March 2003. We will update this page with more details as they become available. The movie has been out for around since its theatrical release.

I Spy stars Eddie Murphy, Owen Wilson, Famke Janssen, Malcolm McDowell, Gary Cole. View everything you need to know about the movie below.

Alex Scott is one of the most accomplished spies that the United States has on its side. He has successfully completed many missions, but he has doubts about how well he’ll do with his current task, which requires him to team up with a self-important civilian named Kelly Robinson. Kelly is a champion boxer, which gives him an unusual skill set, but he’s so in love with himself that it’s difficult to get him to focus on the job at hand. The two men must find a way to see beyond their differences in order to find Arnold Gundars, the man who is believed to have stolen a top secret airplane from the U.S. government, and stop him before he uses it to hurt anyone.

I Spy DVD/Blu-ray is rated PG-13. Parents are urged to be cautious. Some material may be inappropriate for pre-teenagers (under 13).

The movie currently has a 5.3 out of 10 IMDb rating and 35 Metascore on Metacritic. We will continue to add and update review scores.