DVD Release Dates Uncategorized I Think I Love My Wife 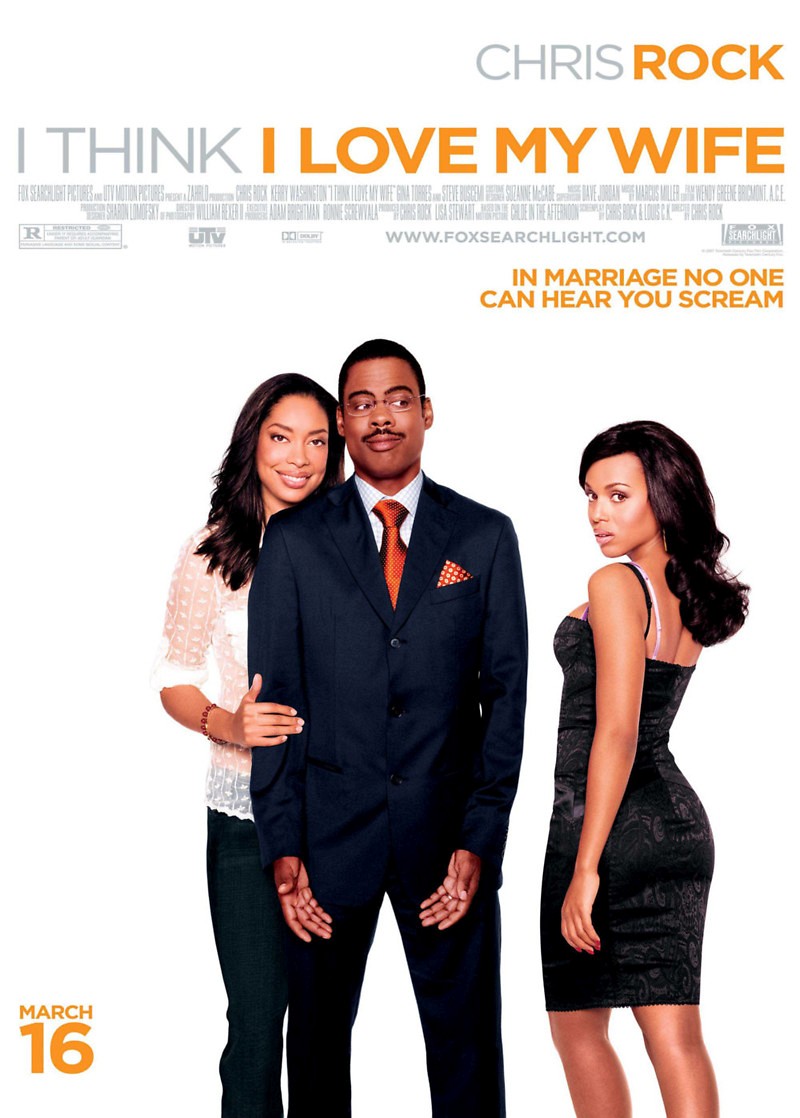 DVD: I Think I Love My Wife DVD release date is set for August 7, 2007. Dates do change so check back often as the release approaches.

Blu-ray: I Think I Love My Wife Blu-ray will be available the same day as the DVD. Blu-ray and DVD releases are typically released around 12-16 weeks after the theatrical premiere.

Digital: I Think I Love My Wife digital release from Amazon Video and iTunes will be available 1-2 weeks before the Blu-ray, DVD, and 4K releases. The estimate release date is July 2007. We will update this page with more details as they become available. The movie has been out for around since its theatrical release.

I Think I Love My Wife stars Chris Rock, Kerry Washington, Gina Torres, Steve Buscemi, Edward Herrmann. View everything you need to know about the movie below.

Richard Cooper is a married man, and he would like to think that his marriage is happy, but the truth of the matter is that he is deeply unsatisfied. His wife Brenda is a teacher who is beautiful and smart, but the passion has gone out of their relationship, and they are no longer physically intimate with each other. He often finds himself daydreaming about rolls in the hay with other women. Then his ex-girlfriend Nikki comes to town. He hasn’t seen Nikki in years, but he finds that the attraction is still there, and she seems to like him too. In fact, she constantly keeps popping up, and she is dressed in a manner that makes her all the more alluring. Can he resist?

I Think I Love My Wife DVD/Blu-ray is rated R. R stands for ‘Restricted’, which means children under 17 require accompanying parent or adult guardian. The movie contains some adult material and parents are urged to learn more about the movie.

The movie currently has a 5.5 out of 10 IMDb rating and 49 Metascore on Metacritic. We will continue to add and update review scores.