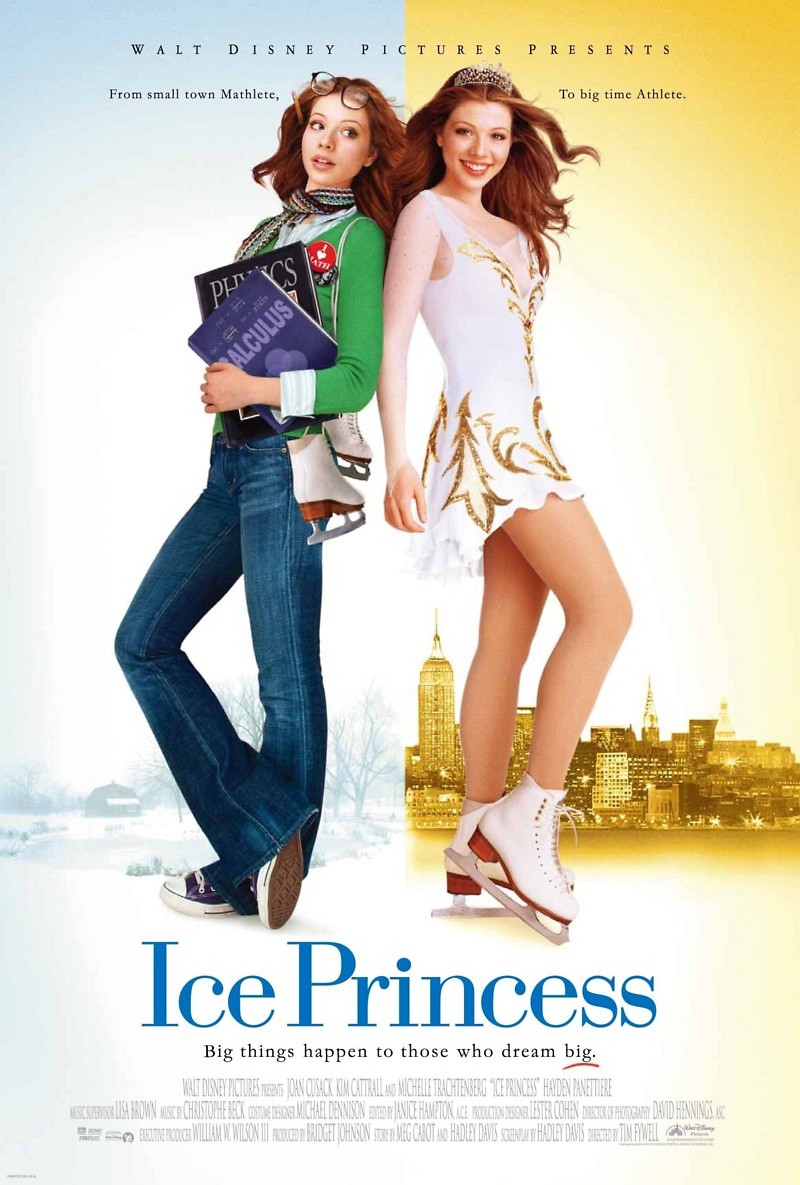 DVD: Ice Princess DVD release date is set for July 19, 2005. Dates do change so check back often as the release approaches.

Blu-ray: Ice Princess Blu-ray will be available the same day as the DVD. Blu-ray and DVD releases are typically released around 12-16 weeks after the theatrical premiere.

Digital: Ice Princess digital release from Amazon Video and iTunes will be available 1-2 weeks before the Blu-ray, DVD, and 4K releases. The estimate release date is July 2005. We will update this page with more details as they become available. The movie has been out for around since its theatrical release.

Casey Carlyle is known as being somewhat of a physics genius around the school. When she receives news that Harvard is interested in having her as a student, she begins working on a project that will allow her to demonstrate how professional figure skaters apply physics to their routines. While working on the project, Casey begins showing real aptitude for the sport, and a coach decides to start training her. However, Caseys mother dislikes her new hobby and fights to prevent her from taking the sport too seriously.

Ice Princess DVD/Blu-ray is rated G. G rating means all ages are admitted. The material will not offend parents for viewing by children.

The movie currently has a 6 out of 10 IMDb rating and 55 Metascore on Metacritic. We will continue to add and update review scores.