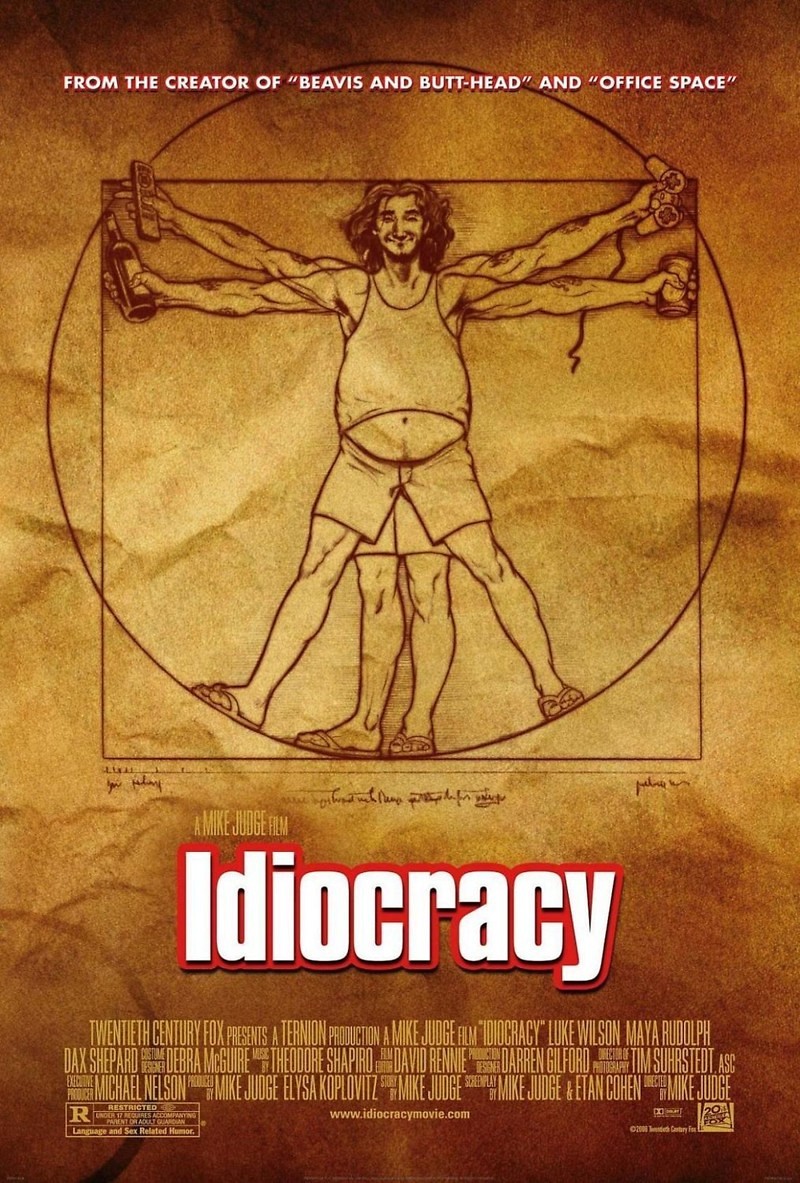 DVD: Idiocracy DVD release date is set for January 9, 2007. Dates do change so check back often as the release approaches.

Blu-ray: Idiocracy Blu-ray will be available the same day as the DVD. Blu-ray and DVD releases are typically released around 12-16 weeks after the theatrical premiere.

Digital: Idiocracy digital release from Amazon Video and iTunes will be available 1-2 weeks before the Blu-ray, DVD, and 4K releases. The estimate release date is December 2006. We will update this page with more details as they become available. The movie has been out for around since its theatrical release.

An army librarian named Joe becomes the smartest man on Earth after being preserved in our time and then revived in a future where every single person on Earth is staggeringly unintelligent. Joe finds himself involved in a heavily corporate culture where people speak in broken English and spend a huge portion of their time immersed in extremely lowbrow pop culture. Their world is run almost entirely by huge businesses and malfunctioning machines. Joe finds himself unable to effectively communicate with the citizens of the new world. Over the course of the movie, Joe becomes deeply involved with the strange political problems in the world of the future, including their failing economy, their massive accumulation of garbage, and the unintentional destruction of their agricultural system.

Idiocracy DVD/Blu-ray is rated R. R stands for ‘Restricted’, which means children under 17 require accompanying parent or adult guardian. The movie contains some adult material and parents are urged to learn more about the movie.

The movie currently has a 6.4 out of 10 IMDb rating and 66 Metascore on Metacritic. We will continue to add and update review scores.