DVD Release Dates Uncategorized In the Valley of Elah 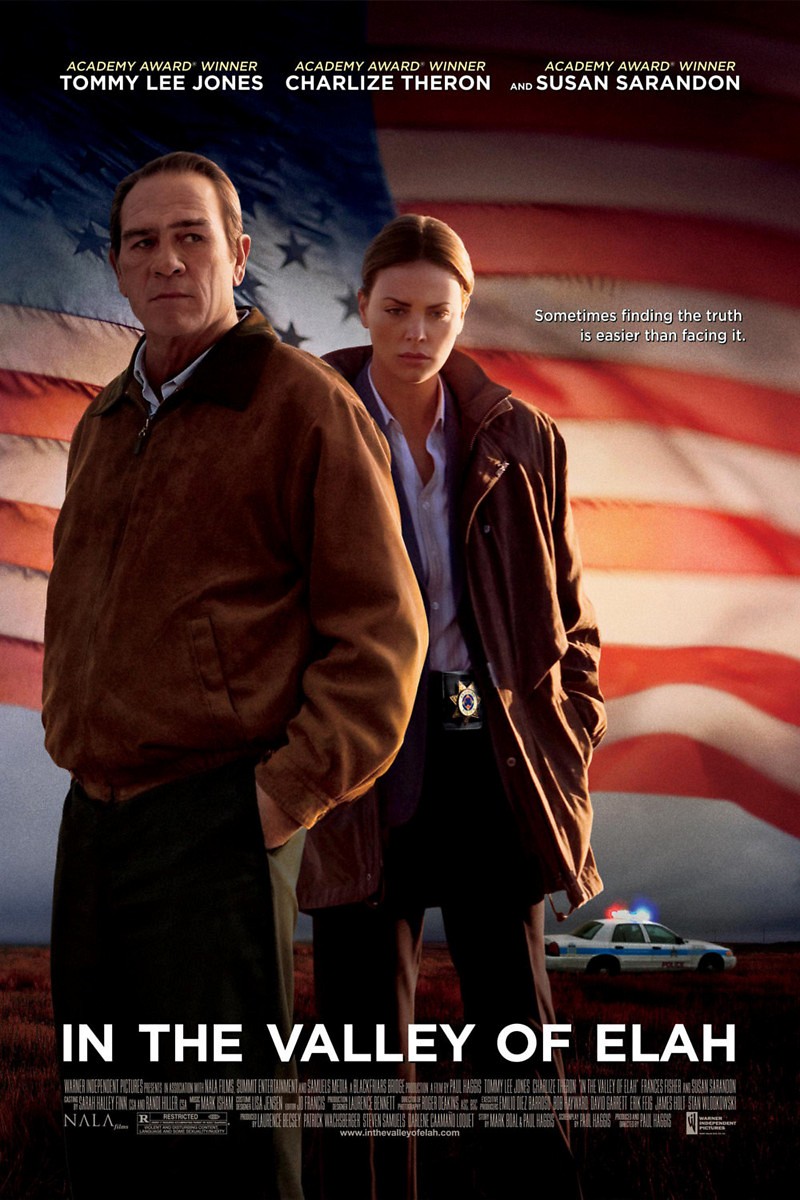 DVD: In the Valley of Elah DVD release date is set for February 19, 2008. Dates do change so check back often as the release approaches.

Blu-ray: In the Valley of Elah Blu-ray will be available the same day as the DVD. Blu-ray and DVD releases are typically released around 12-16 weeks after the theatrical premiere.

Digital: In the Valley of Elah digital release from Amazon Video and iTunes will be available 1-2 weeks before the Blu-ray, DVD, and 4K releases. The estimate release date is February 2008. We will update this page with more details as they become available. The movie has been out for around since its theatrical release.

In the Valley of Elah stars Tommy Lee Jones, Charlize Theron, Jason Patric, Susan Sarandon, James Franco. View everything you need to know about the movie below.

An aging Tennessee man, Hank Deerfield, is notified that his son is missing from the base that he just returned to from Iraq. After rushing to New Mexico, Hank’s son, who was dismembered and burned, is found within 24 hours. Hank gets in the middle of the investigation, which is filled with frequent skirmishes between police and the Army over jurisdiction. Working alongside detective Emily Sanders, Hanks soon figures out his son’s death is drug related and evidence points to it having started in Iraq. Hank pushes hard for the truth.

In the Valley of Elah DVD/Blu-ray is rated R. R stands for ‘Restricted’, which means children under 17 require accompanying parent or adult guardian. The movie contains some adult material and parents are urged to learn more about the movie.

The movie currently has a 7.3 out of 10 IMDb rating and 65 Metascore on Metacritic. We will continue to add and update review scores.