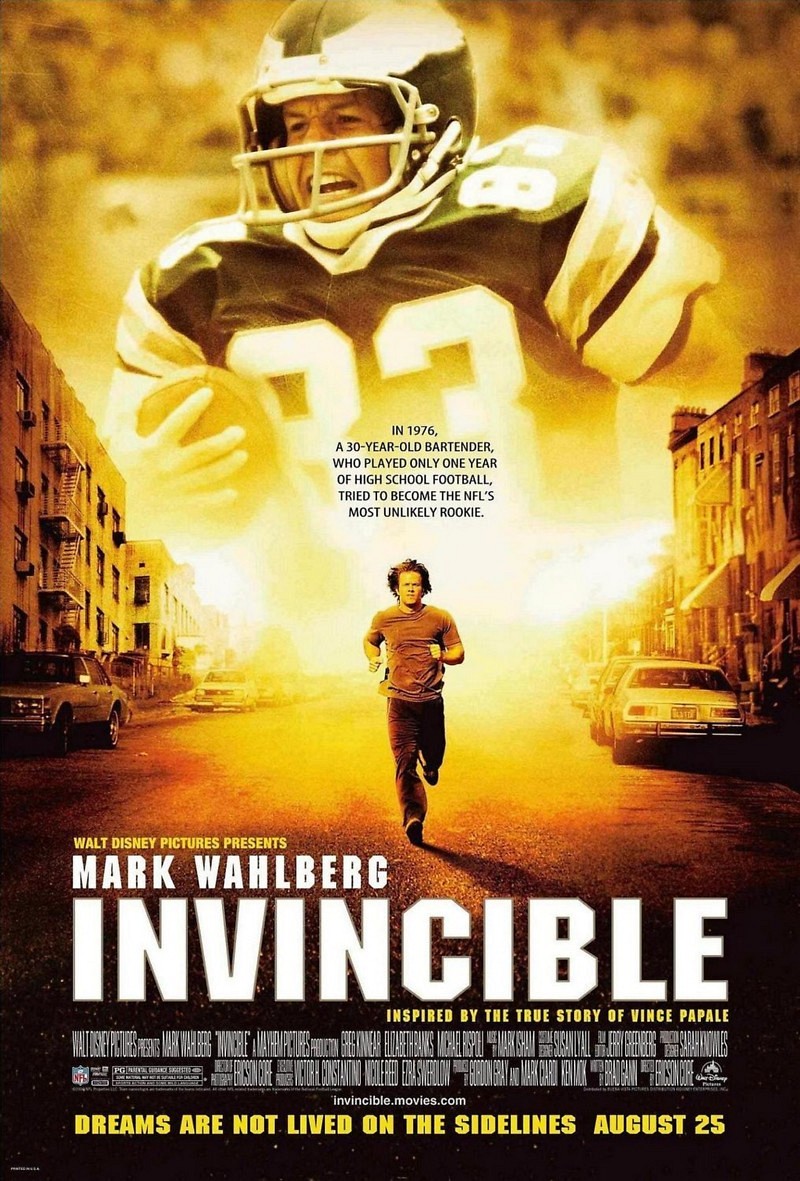 DVD: Invincible DVD release date is set for December 19, 2006. Dates do change so check back often as the release approaches.

Blu-ray: Invincible Blu-ray will be available the same day as the DVD. Blu-ray and DVD releases are typically released around 12-16 weeks after the theatrical premiere.

Digital: Invincible digital release from Amazon Video and iTunes will be available 1-2 weeks before the Blu-ray, DVD, and 4K releases. The estimate release date is December 2006. We will update this page with more details as they become available. The movie has been out for around since its theatrical release.

Based upon a true story, a 30-year-old bartender overcomes overwhelming odds to gain a position playing professional football for the Philadelphia Eagles. Recently divorced with a series of unfortunate life-changing events, the bartender figures he has nothing to lose and attempts to make the team. To everyone’s surprise, he earns an opportunity to make his dreams come true and play professionally with the Eagles new coach. Full of comedy, romance, and a healthy dose of hard work and determination this drama reminds everyone that dreams are worth fighting for and even the unthinkable sometimes happens when you are least expecting it.

The movie currently has a 7 out of 10 IMDb rating and 63 Metascore on Metacritic. We will continue to add and update review scores.