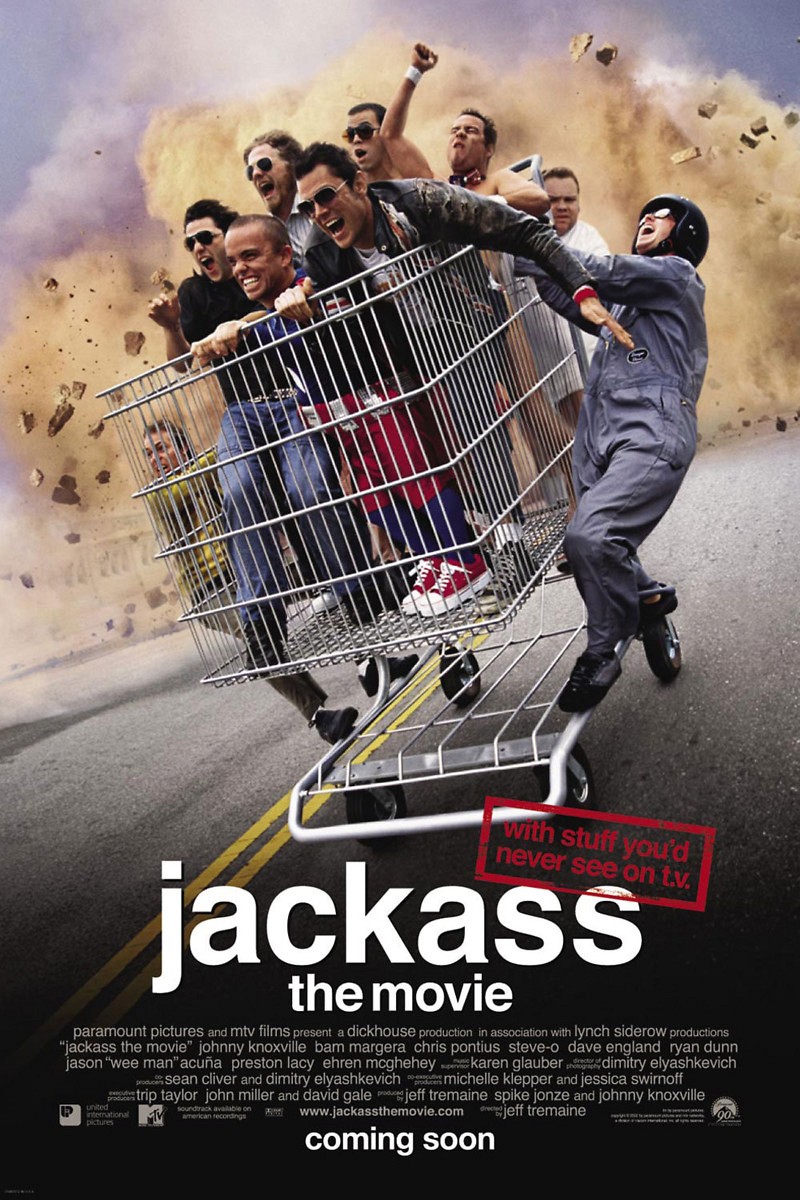 DVD: Jackass: The Movie DVD release date is set for March 25, 2003. Dates do change so check back often as the release approaches.

Blu-ray: Jackass: The Movie Blu-ray will be available the same day as the DVD. Blu-ray and DVD releases are typically released around 12-16 weeks after the theatrical premiere.

Digital: Jackass: The Movie digital release from Amazon Video and iTunes will be available 1-2 weeks before the Blu-ray, DVD, and 4K releases. The estimate release date is March 2003. We will update this page with more details as they become available. The movie has been out for around since its theatrical release.

Jackass: The Movie stars Johnny Knoxville, Bam Margera, Steve-O, Chris Pontius, Ryan Dunn. View everything you need to know about the movie below.

Riding on glory from their widely popular television show, the Jackass crew are back as they join their leader Johnny Knoxville in their Big Screen debut called Jackass: The Movie. Jackass: The Movie sees Knoxville and his crew in Japan wearing panda outfits, destroying a civilized up scale golf course, and even playing with alligators. Their stunts are wilder and bigger befitting that of the big screen. Jackass the television show was nothing compared to this.

Jackass: The Movie DVD/Blu-ray is rated R. R stands for ‘Restricted’, which means children under 17 require accompanying parent or adult guardian. The movie contains some adult material and parents are urged to learn more about the movie.

The movie currently has a 6.3 out of 10 IMDb rating and 42 Metascore on Metacritic. We will continue to add and update review scores.