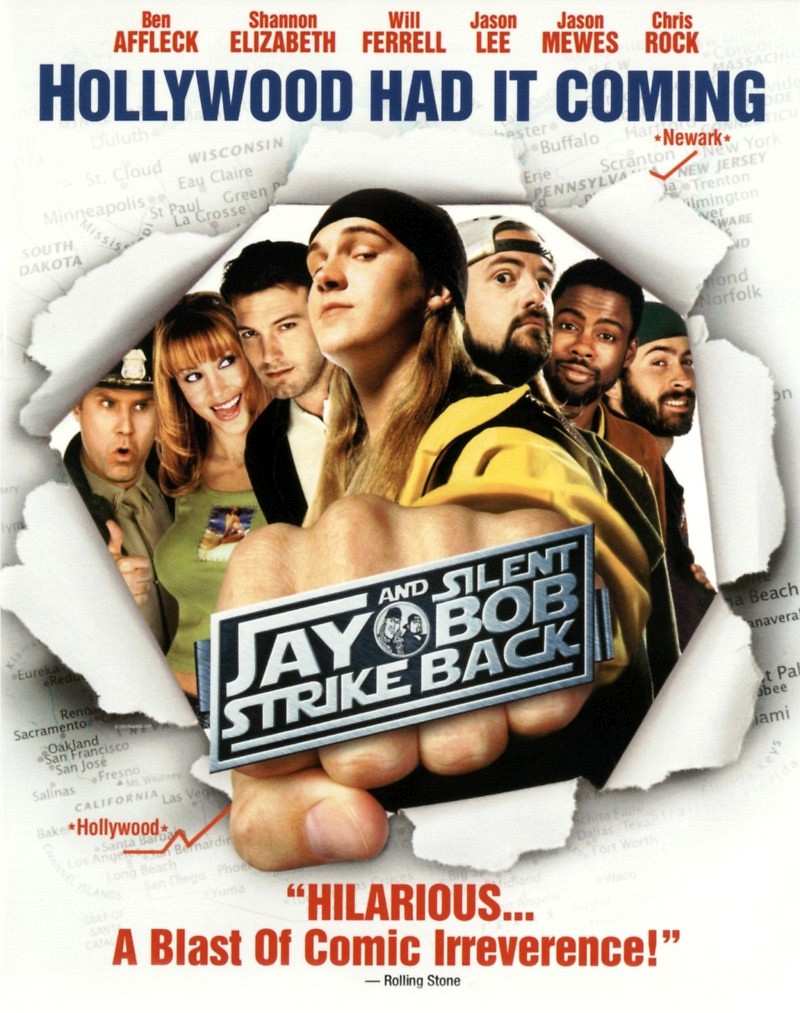 DVD: Jay and Silent Bob Strike Back DVD release date is set for February 26, 2002. Dates do change so check back often as the release approaches.

Blu-ray: Jay and Silent Bob Strike Back Blu-ray will be available the same day as the DVD. Blu-ray and DVD releases are typically released around 12-16 weeks after the theatrical premiere.

Digital: Jay and Silent Bob Strike Back digital release from Amazon Video and iTunes will be available 1-2 weeks before the Blu-ray, DVD, and 4K releases. The estimate release date is February 2002. We will update this page with more details as they become available. The movie has been out for around since its theatrical release.

Jay and Silent Bob Strike Back is a story of all the strange things that can happen (if you happen to be Jay and Silent Bob) when travelling across the country. Our old friends from Clerks, Dante and Randal, get a restraining order against them in order to prevent the sale of drugs in front of the Quick Stop. This leaves Jay and Silent Bob bored and feeling like their lives lack purpose. When their friend Brodie tells them a movie is being made based on characters that bear a striking resemblance to the two, they embark on a cross-country road trip to get the money they deserve. Along the way, they encounter a wide variety of interesting characters including jewel thieves and animal rights groups.

Jay and Silent Bob Strike Back DVD/Blu-ray is rated R. R stands for ‘Restricted’, which means children under 17 require accompanying parent or adult guardian. The movie contains some adult material and parents are urged to learn more about the movie.

The movie currently has a 6.8 out of 10 IMDb rating and 51 Metascore on Metacritic. We will continue to add and update review scores.