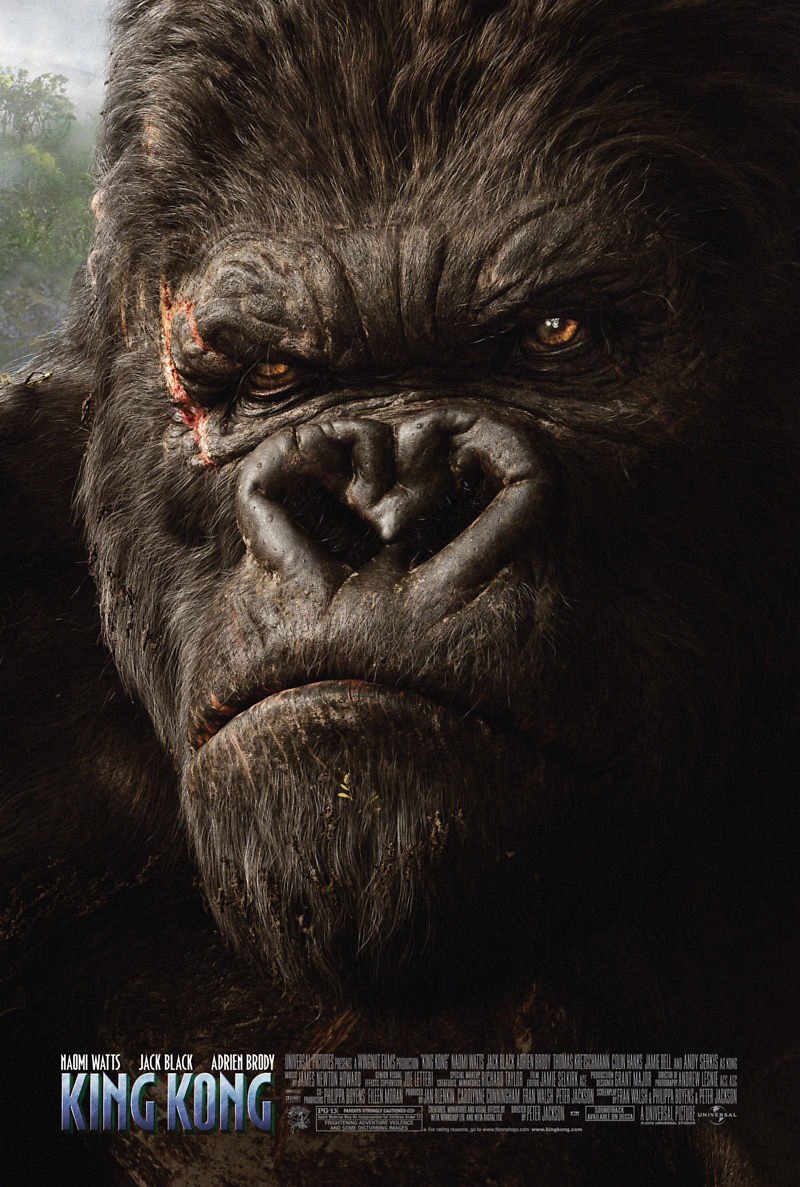 DVD: King Kong DVD release date is set for March 28, 2006. Dates do change so check back often as the release approaches.

Blu-ray: King Kong Blu-ray will be available the same day as the DVD. Blu-ray and DVD releases are typically released around 12-16 weeks after the theatrical premiere.

Digital: King Kong digital release from Amazon Video and iTunes will be available 1-2 weeks before the Blu-ray, DVD, and 4K releases. The estimate release date is March 2006. We will update this page with more details as they become available. The movie has been out for around since its theatrical release.

The story takes place in 1932, during the Great Depression. Ann Darrow is a New York City actress that is struggling after losing her job. She is asked by filmmaker Carl Denham to act in his new movie. Ann agrees when she hears that her favorite playwright is writing the script. Ann and the screenwriter, Jack Driscoll, fall in love while sailing to Skull Island to shoot the film. However, their ship gets lost in a very thick fog and it runs aground on the rocks surrounding the island. As Carl, the ship captain and his crew search the island for a place to film, they are attacked by a native tribe. Ann is captured by the natives and the tribe leader vows to sacrifice her to Kong, a 25 foot tall gorilla. Kong is eventually captured and taken to New York to be displayed as the Eighth Wonder of the World. However, Kong escapes from his cage and a rampage of the city ensues.

King Kong DVD/Blu-ray is rated PG-13. Parents are urged to be cautious. Some material may be inappropriate for pre-teenagers (under 13).

The movie currently has a 7.6 out of 10 IMDb rating and 81 Metascore on Metacritic. We will continue to add and update review scores.