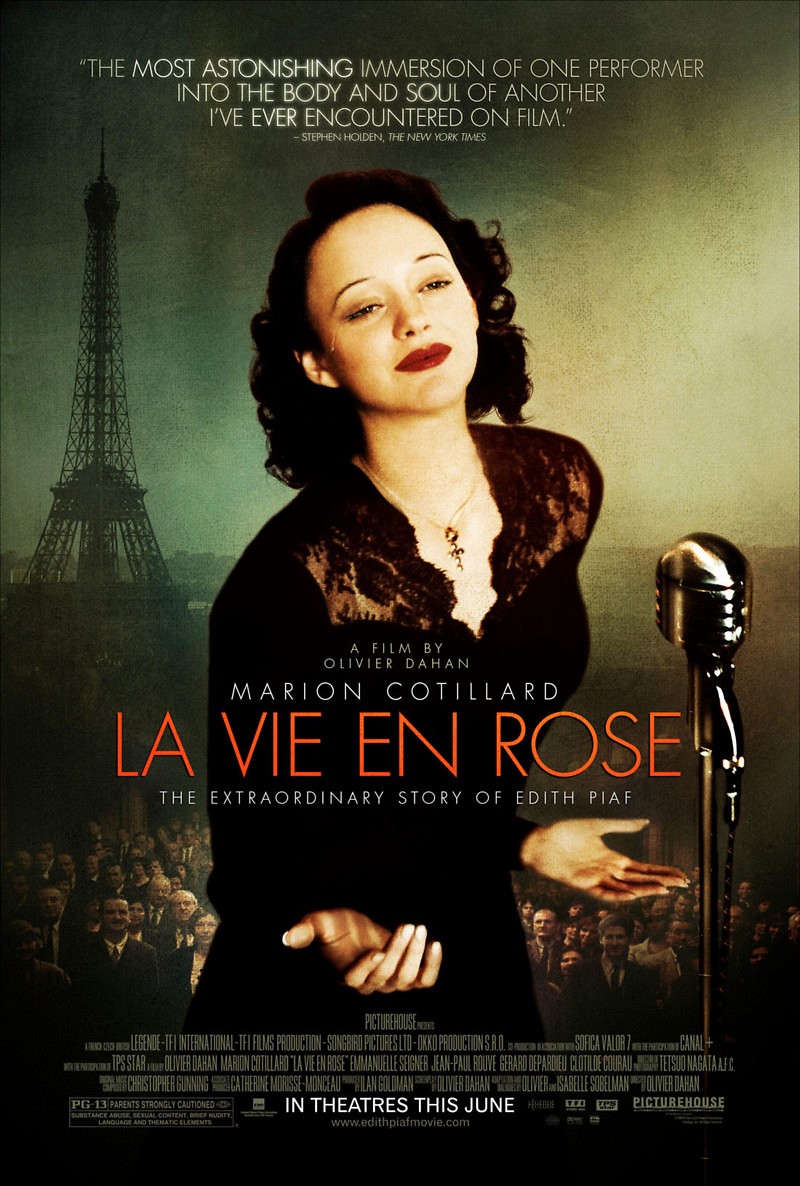 DVD: La Vie en Rose DVD release date is set for November 13, 2007. Dates do change so check back often as the release approaches.

Blu-ray: La Vie en Rose Blu-ray will be available the same day as the DVD. Blu-ray and DVD releases are typically released around 12-16 weeks after the theatrical premiere.

Digital: La Vie en Rose digital release from Amazon Video and iTunes will be available 1-2 weeks before the Blu-ray, DVD, and 4K releases. The estimate release date is November 2007. We will update this page with more details as they become available. The movie has been out for around since its theatrical release.

The difficult life of legendary French singer Edith Piaf is brought to light. We first see Edith as a young girl who is adopted by the women of a brothel, one of the only truly happy periods of her life. By the time she is a young adult, her musical talent is discovered and she begins to perform publicly, but the life of a singer comes with many trials. Her life is presented in a non-linear fashion as she recalls its highlights as a dying woman. One of her most famous songs proclaims her lack of regret, but hers has been a hard life marked by alcoholism, painful relationships and outright tragedy. Nonetheless, she carved out a niche for herself and will always be remembered.

La Vie en Rose DVD/Blu-ray is rated PG-13. Parents are urged to be cautious. Some material may be inappropriate for pre-teenagers (under 13).

The movie currently has a 7.6 out of 10 IMDb rating and 66 Metascore on Metacritic. We will continue to add and update review scores.