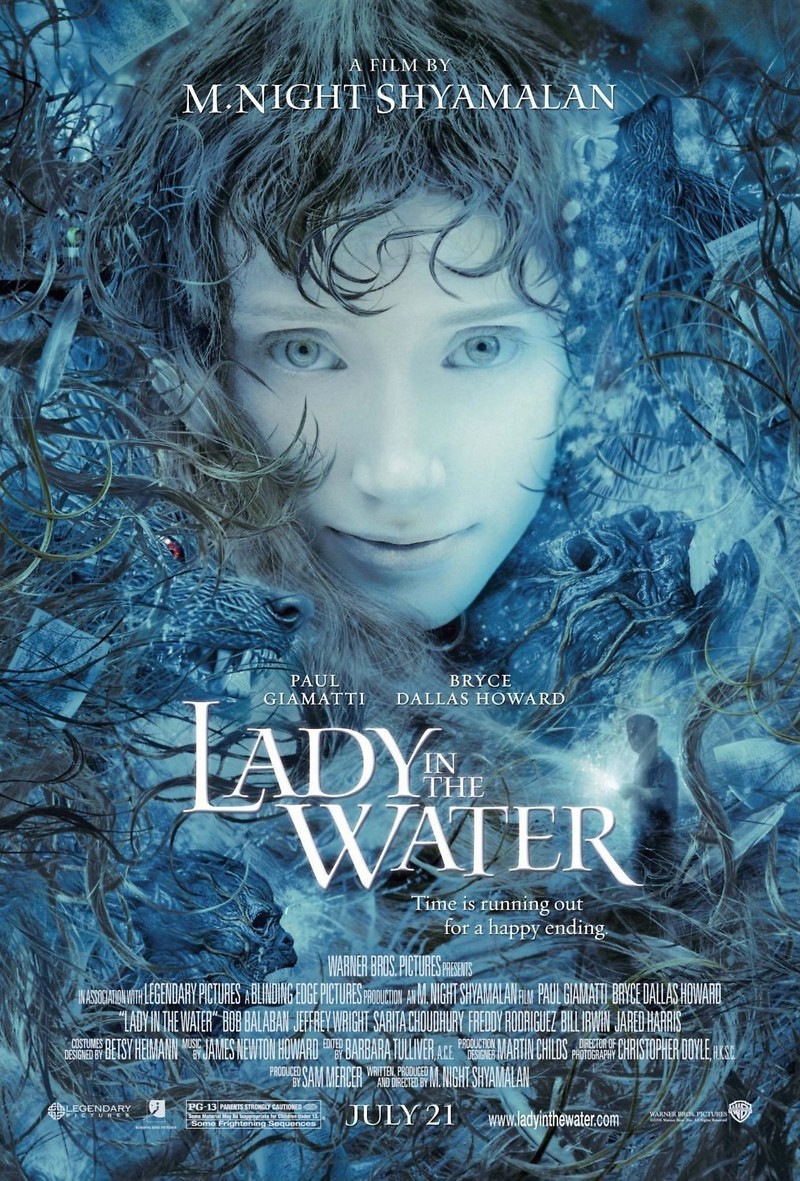 DVD: Lady in the Water DVD release date is set for December 19, 2006. Dates do change so check back often as the release approaches.

Blu-ray: Lady in the Water Blu-ray will be available the same day as the DVD. Blu-ray and DVD releases are typically released around 12-16 weeks after the theatrical premiere.

Digital: Lady in the Water digital release from Amazon Video and iTunes will be available 1-2 weeks before the Blu-ray, DVD, and 4K releases. The estimate release date is December 2006. We will update this page with more details as they become available. The movie has been out for around since its theatrical release.

Lady in the Water stars Paul Giamatti, Bryce Dallas Howard, Jeffrey Wright, Bob Balaban, Sarita Choudhury. View everything you need to know about the movie below.

An apartment supervisor discovers that the woman in the apartment complex pool is a storybook character who has entered the real world with a purpose. “Story” has come to find a writer who is creating a book that will improve the future of all humanity. Cleveland, the superintendent, finds the writer and learns that he will be assassinated because of the controversial topic of his book. As “Story” attempts to return to her world she is attacked by an evil being who seeks to kill her. In the struggle that ensues, Cleveland is revealed to be something more than he realizes.

Lady in the Water DVD/Blu-ray is rated PG-13. Parents are urged to be cautious. Some material may be inappropriate for pre-teenagers (under 13).

The movie currently has a 5.8 out of 10 IMDb rating and 36 Metascore on Metacritic. We will continue to add and update review scores.