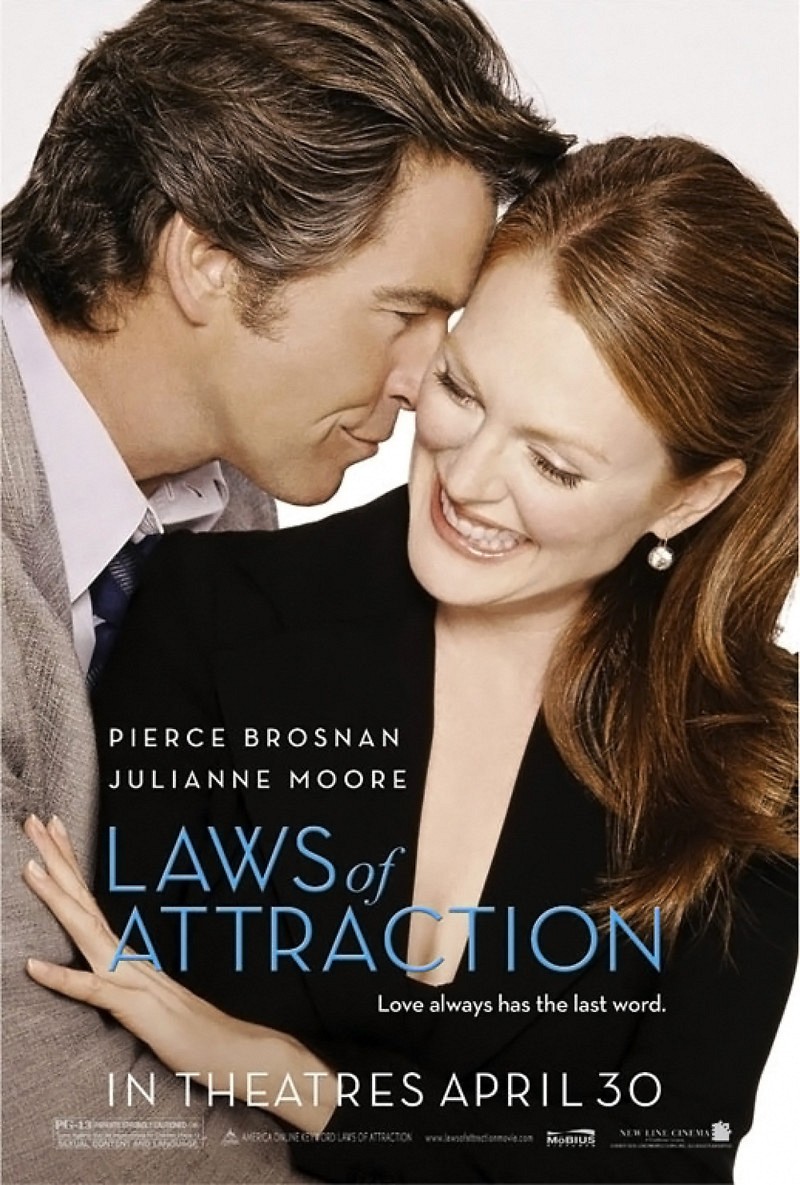 DVD: Laws of Attraction DVD release date is set for August 24, 2004. Dates do change so check back often as the release approaches.

Blu-ray: Laws of Attraction Blu-ray will be available the same day as the DVD. Blu-ray and DVD releases are typically released around 12-16 weeks after the theatrical premiere.

Digital: Laws of Attraction digital release from Amazon Video and iTunes will be available 1-2 weeks before the Blu-ray, DVD, and 4K releases. The estimate release date is August 2004. We will update this page with more details as they become available. The movie has been out for around since its theatrical release.

Audrey Woods and Daniel Rafferty have one thing in common. They are both high powered New York divorce lawyers who are very good at what they do. That’s where the similarities end. Audrey is a by the book, straight laced woman and Daniel is a man who prefers to live more spontaneously, both in and out of the courtroom. They are pitted against one another in a high profile case that takes them to a scenic castle in Ireland. Their stay in Ireland happens to coincide with a romantic local festival and Audrey and Daniel awake to find themselves married. For the sake of their careers,they are forced to maintain their false marriage while coming to terms with their very real attraction.

Laws of Attraction DVD/Blu-ray is rated PG-13. Parents are urged to be cautious. Some material may be inappropriate for pre-teenagers (under 13).