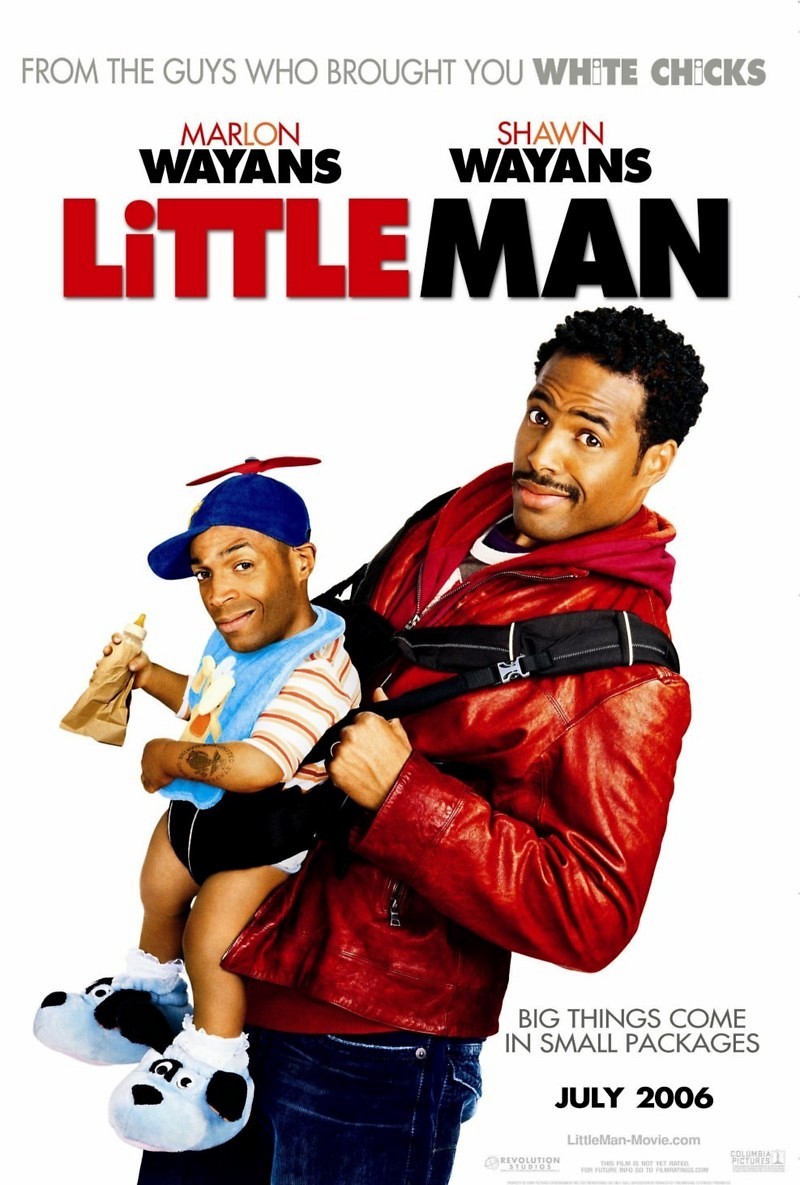 DVD: Little Man DVD release date is set for November 7, 2006. Dates do change so check back often as the release approaches.

Blu-ray: Little Man Blu-ray will be available the same day as the DVD. Blu-ray and DVD releases are typically released around 12-16 weeks after the theatrical premiere.

Digital: Little Man digital release from Amazon Video and iTunes will be available 1-2 weeks before the Blu-ray, DVD, and 4K releases. The estimate release date is October 2006. We will update this page with more details as they become available. The movie has been out for around since its theatrical release.

Calvin is a notorious criminal who has recently stolen a rare diamond. He and his brother Percy cook up a plot to get the diamond that they stashed in a woman’s handbag, but it’s going to be very complicated and require a great willingness to be humiliated on Calvin’s part. The woman is one half of a couple desperate for a child, so Calvin poses as a baby in order to give him a chance to steal the diamond back. Many amusing antics ensue as he gets in touch with his inner infant and tries to maintain the ruse to the clueless couple and their skeptical relatives.

Little Man DVD/Blu-ray is rated PG-13. Parents are urged to be cautious. Some material may be inappropriate for pre-teenagers (under 13).

The movie currently has a 3.8 out of 10 IMDb rating and 26 Metascore on Metacritic. We will continue to add and update review scores.