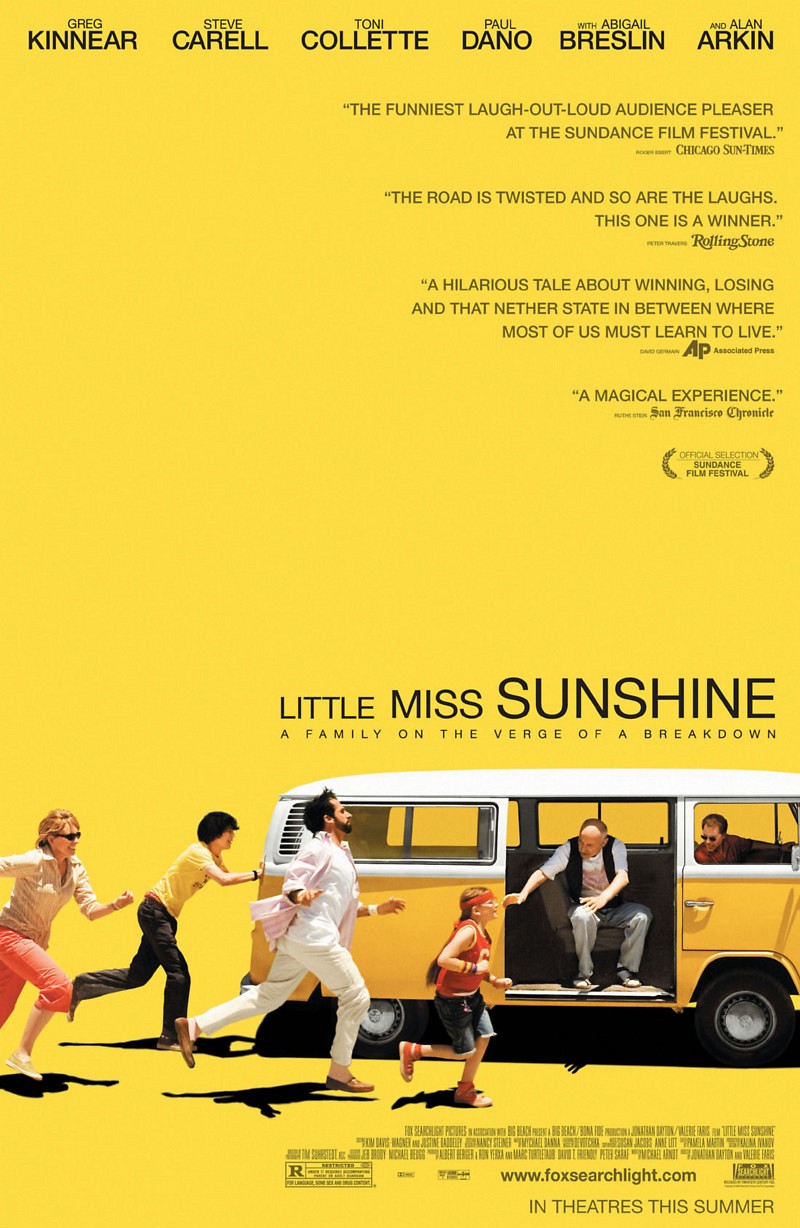 DVD: Little Miss Sunshine DVD release date is set for December 19, 2006. Dates do change so check back often as the release approaches.

Blu-ray: Little Miss Sunshine Blu-ray will be available the same day as the DVD. Blu-ray and DVD releases are typically released around 12-16 weeks after the theatrical premiere.

Digital: Little Miss Sunshine digital release from Amazon Video and iTunes will be available 1-2 weeks before the Blu-ray, DVD, and 4K releases. The estimate release date is December 2006. We will update this page with more details as they become available. The movie has been out for around since its theatrical release.

The Hoovers are the epitome of a dysfunctional family. Patriarch, Richard, is failing at his career. His wife, Sheryl, is overworked as she cares for her children and her adult brother, Frank, who has just attempted suicide. Sheryls son, Dwayne, has taken a vow of silence and Richards father, Edwin, struggles with his drug habit. The only Hoover who seems to have it together is 7 year old Olive, who dreams of becoming the next Little Miss Sunshine. When Olive is given an opportunity to participate in the pageant, the Hoover family sets off on a road trip to California. Tensions begin to rise as disaster after disaster occurs on the road. Will their dysfunctions prove to be too much or can they band together as a family to support Olive?

Little Miss Sunshine DVD/Blu-ray is rated R. R stands for ‘Restricted’, which means children under 17 require accompanying parent or adult guardian. The movie contains some adult material and parents are urged to learn more about the movie.

The movie currently has a 8 out of 10 IMDb rating and 80 Metascore on Metacritic. We will continue to add and update review scores.