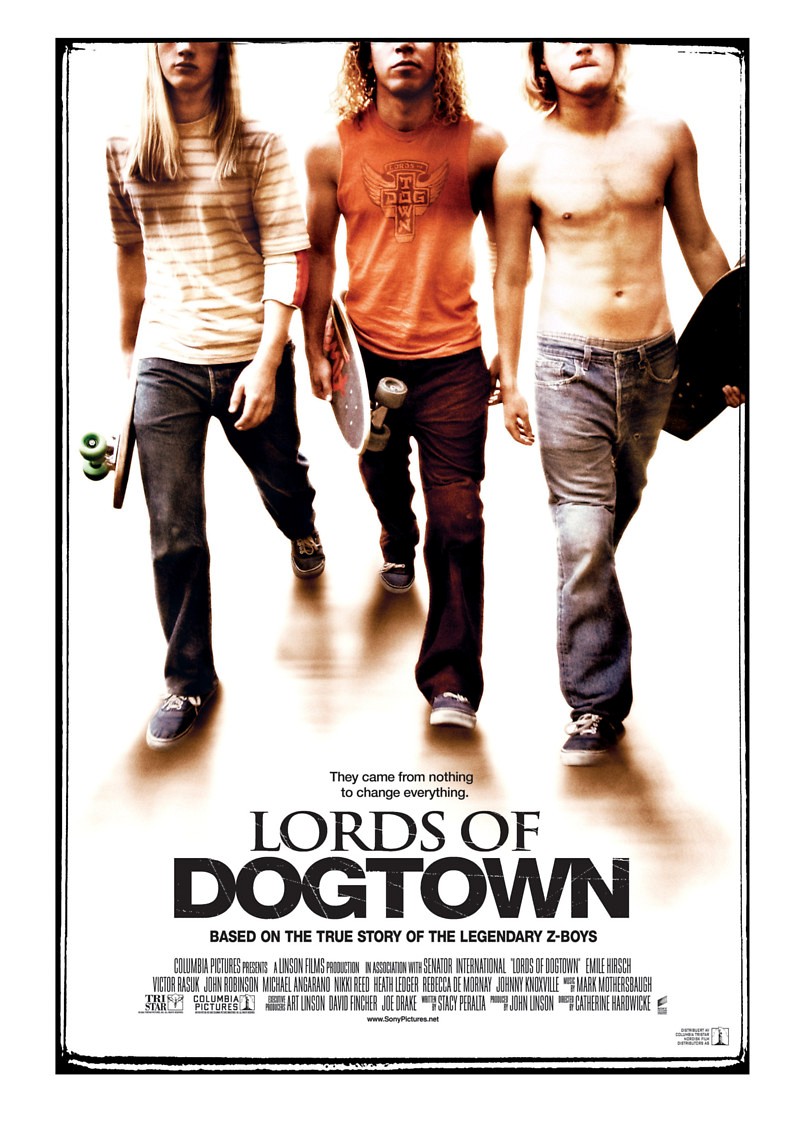 DVD: Lords of Dogtown DVD release date is set for September 27, 2005. Dates do change so check back often as the release approaches.

Blu-ray: Lords of Dogtown Blu-ray will be available the same day as the DVD. Blu-ray and DVD releases are typically released around 12-16 weeks after the theatrical premiere.

Digital: Lords of Dogtown digital release from Amazon Video and iTunes will be available 1-2 weeks before the Blu-ray, DVD, and 4K releases. The estimate release date is September 2005. We will update this page with more details as they become available. The movie has been out for around since its theatrical release.

A group of friends raising hell in the Dogtown neighborhood of Venice discover the joys of skateboarding, learn to hone their riding and racing skills, and dub themselves the Z-Boys. Soon they’re cutting a path of trespassing and general troublemaking through the lush suburban precincts of west LA. Although skateboarding had long been dismissed as a relic of an earlier time, by the 1970s a kid’s pastime had been revolutionized by the invention of urethane wheels, which allowed a smoother and tighter grip on concrete and asphalt. The Lords of Dogtown developed spectacular new moves with some heavy borrowings from LA’s surfing masters. Their fame grows nationwide, but the drugs and girls and money and attention will eventually take a heavy toll on the Z-Boys.

Lords of Dogtown DVD/Blu-ray is rated PG-13. Parents are urged to be cautious. Some material may be inappropriate for pre-teenagers (under 13).

The movie currently has a 6.9 out of 10 IMDb rating and 56 Metascore on Metacritic. We will continue to add and update review scores.