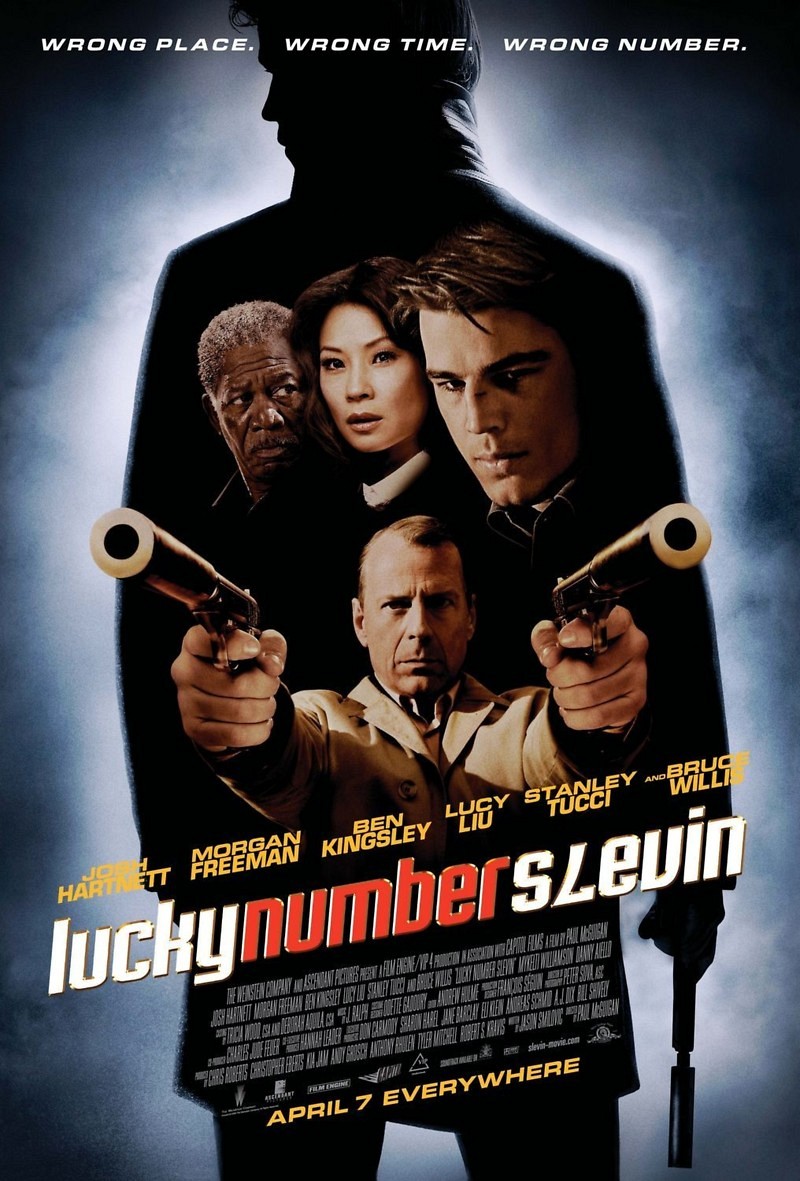 DVD: Lucky Number Slevin DVD release date is set for September 12, 2006. Dates do change so check back often as the release approaches.

Blu-ray: Lucky Number Slevin Blu-ray will be available the same day as the DVD. Blu-ray and DVD releases are typically released around 12-16 weeks after the theatrical premiere.

Digital: Lucky Number Slevin digital release from Amazon Video and iTunes will be available 1-2 weeks before the Blu-ray, DVD, and 4K releases. The estimate release date is September 2006. We will update this page with more details as they become available. The movie has been out for around since its theatrical release.

Slevin is visiting his friend Nick Fisher in New York when two thugs arrive at the door. Unfortunately, he is mistaken for Nick, who owes a lot of money to two powerful mob bosses. The thugs tell him to kill The Rabbi’s son as a form of revenge after the death of The Boss’s son. Nick’s neighbor Lindsay, who works as a coroner, tries to help Slevin, and in the midst of the madness, the two begin to fall in love. Slevin starts to get pressed by Detective Brikowski, however, who is after both The Rabbi and The Boss. Between the mistaken identities, mob rivals, and police investigation, this intricate web will soon be untangled, and the truth will become clear.

Lucky Number Slevin DVD/Blu-ray is rated R. R stands for ‘Restricted’, which means children under 17 require accompanying parent or adult guardian. The movie contains some adult material and parents are urged to learn more about the movie.

The movie currently has a 7.8 out of 10 IMDb rating and 53 Metascore on Metacritic. We will continue to add and update review scores.