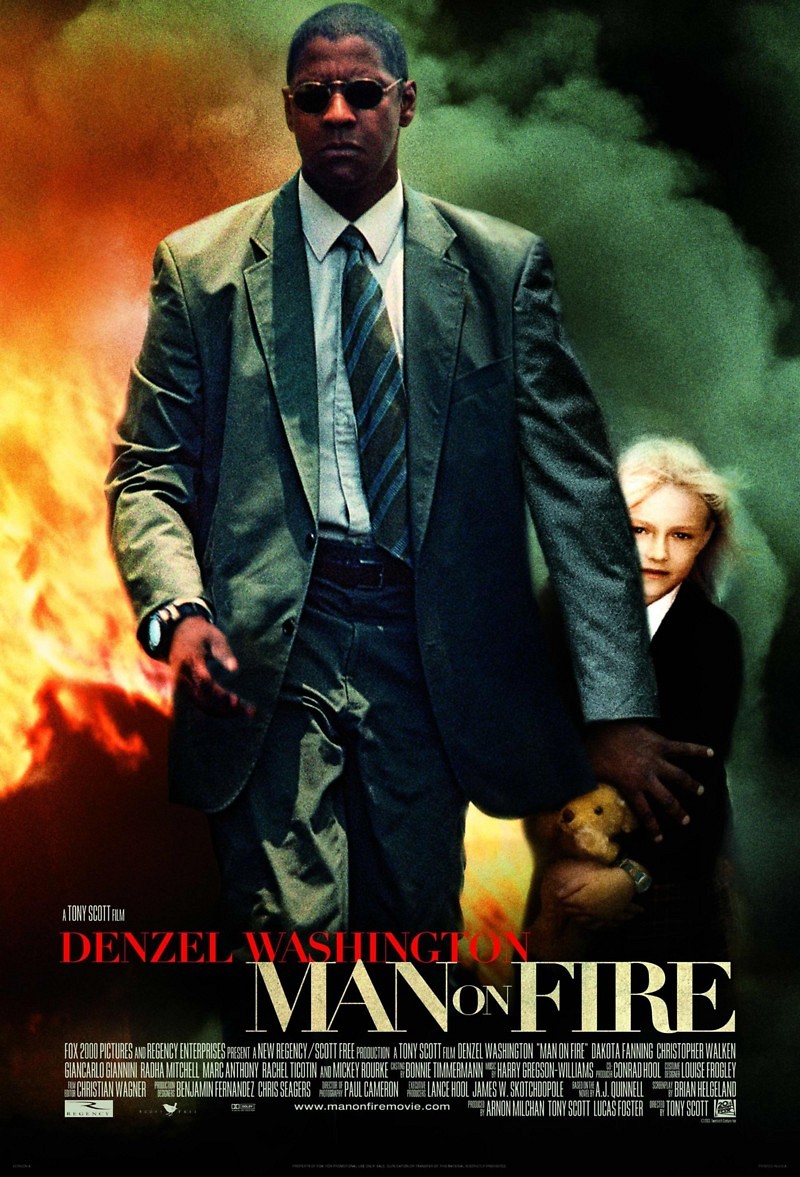 DVD: Man on Fire DVD release date is set for September 14, 2004. Dates do change so check back often as the release approaches.

Blu-ray: Man on Fire Blu-ray will be available the same day as the DVD. Blu-ray and DVD releases are typically released around 12-16 weeks after the theatrical premiere.

Digital: Man on Fire digital release from Amazon Video and iTunes will be available 1-2 weeks before the Blu-ray, DVD, and 4K releases. The estimate release date is September 2004. We will update this page with more details as they become available. The movie has been out for around since its theatrical release.

In this gripping drama, a retired CIA agent with very special skills is hired to protect the young daughter of a wealthy couple in Mexico City, where kidnappings are happening frequently for large ransoms. After years of hard service for his country, his alcoholism and lack of zest for life is consuming. The girl he is hired to protect starts to bring a new found light into his life, after years of self loathing and darkness. His light is suddenly shattered when the girl he is to protect is suddenly kidnapped and he begins to hunt to either find her, or exact revenge on her kidnappers. The plot begins to thicken as time passes, and things are far from what they originally seemed to be.

Man on Fire DVD/Blu-ray is rated R. R stands for ‘Restricted’, which means children under 17 require accompanying parent or adult guardian. The movie contains some adult material and parents are urged to learn more about the movie.

The movie currently has a 7.7 out of 10 IMDb rating and 47 Metascore on Metacritic. We will continue to add and update review scores.