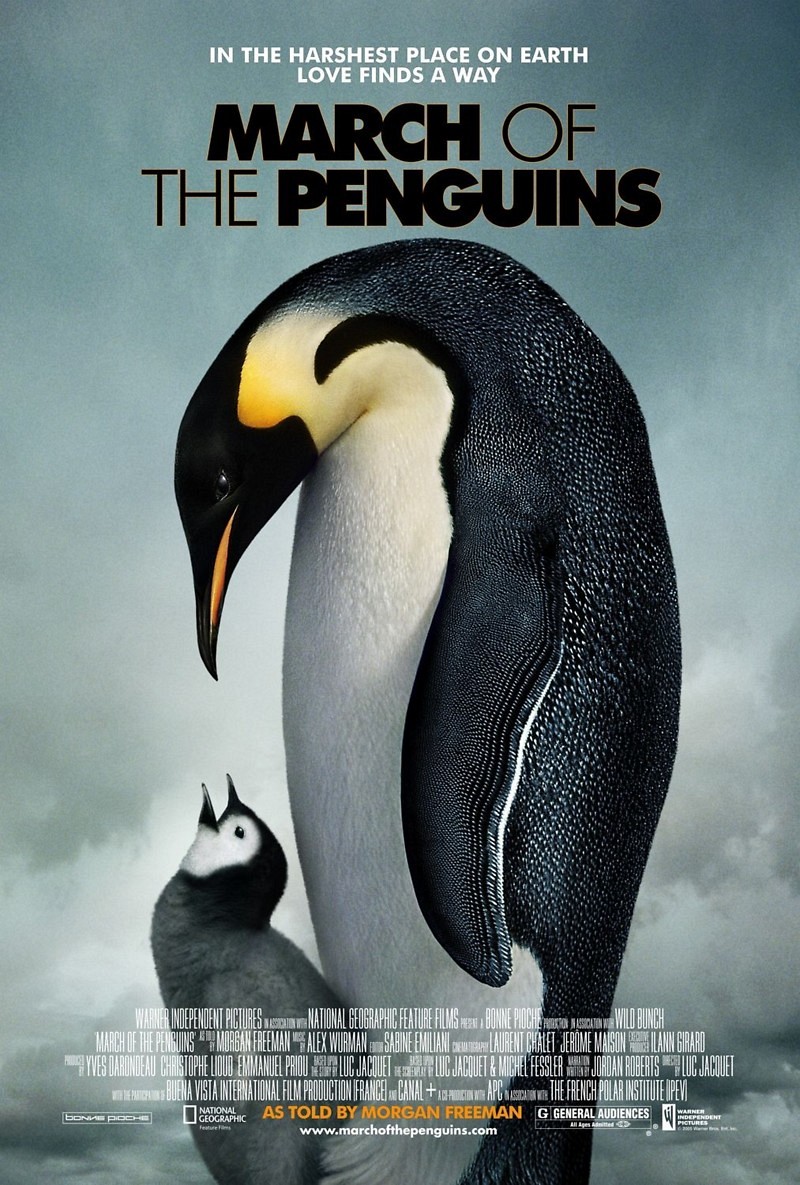 DVD: March of the Penguins DVD release date is set for November 29, 2005. Dates do change so check back often as the release approaches.

Blu-ray: March of the Penguins Blu-ray will be available the same day as the DVD. Blu-ray and DVD releases are typically released around 12-16 weeks after the theatrical premiere.

Digital: March of the Penguins digital release from Amazon Video and iTunes will be available 1-2 weeks before the Blu-ray, DVD, and 4K releases. The estimate release date is November 2005. We will update this page with more details as they become available. The movie has been out for around since its theatrical release.

March of the Penguins stars Charles Berling, Romane Bohringer, Jules Sitruk, Morgan Freeman,. View everything you need to know about the movie below.

This documentary follows the mating and migration patterns of the emperor penguin. Each autumn, the penguins mate in the cold oceans, then clamber onto the ice, trekking to the top of Antarctica. Reaching it in the dead of winter, the females lay eggs on the ice. Leaving the males to cradle the eggs, the females go on a desperate hunt for food. The males cannot let the eggs sit on the ice or the embryos will freeze. They wait for the females’ return. The eggs hatch. The females return, switching roles with the males. Their starved mates go hunting. The spring thaw makes hunting increasingly treacherous. Ultimately, the surviving chicks become strong enough to make the journey back to the ocean and the cycle continues!

March of the Penguins DVD/Blu-ray is rated G. G rating means all ages are admitted. The material will not offend parents for viewing by children.

The movie currently has a 7.8 out of 10 IMDb rating and 79 Metascore on Metacritic. We will continue to add and update review scores.