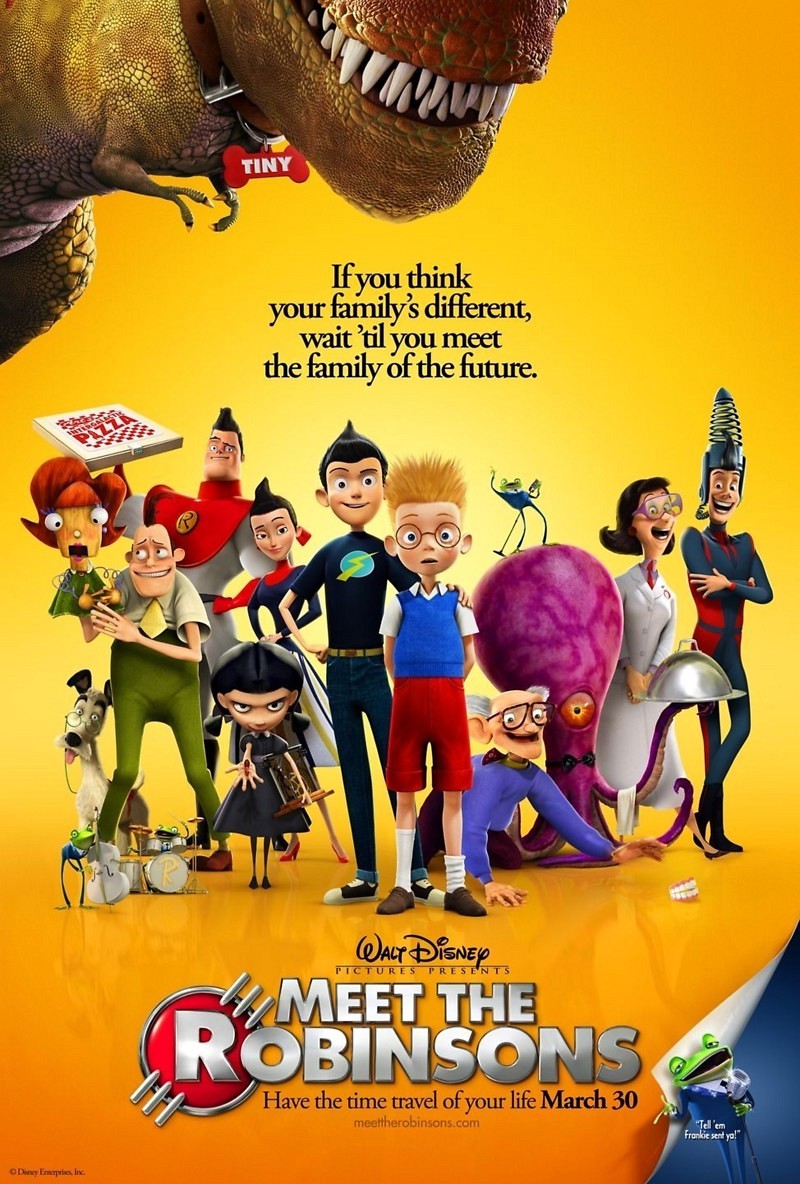 DVD: Meet the Robinsons DVD release date is set for October 23, 2007. Dates do change so check back often as the release approaches.

Blu-ray: Meet the Robinsons Blu-ray will be available the same day as the DVD. Blu-ray and DVD releases are typically released around 12-16 weeks after the theatrical premiere.

Digital: Meet the Robinsons digital release from Amazon Video and iTunes will be available 1-2 weeks before the Blu-ray, DVD, and 4K releases. The estimate release date is October 2007. We will update this page with more details as they become available. The movie has been out for around since its theatrical release.

Lewis is a 12-year old orphan who wants nothing more than to be an inventor. But his wacky creations scare off potential adoptive parents and he decides that his birth mother is the only one who can truly love him. He creates a memory scanner so he can revisit his memories in an attempt to find her. Lewis enters his memory scanner in his school’s science fair where it is stolen by a man known as Bowler Hat Guy. A boy from the future appears at the science fair and whisks Lewis to the year 2037 where he is introduced to the eccentric Robinson family. When Bowler Hat Guy travels to the future to find Lewis, the Robinsons help Lewis discover that the fate of the world rests on his inventions.

Meet the Robinsons DVD/Blu-ray is rated G. G rating means all ages are admitted. The material will not offend parents for viewing by children.