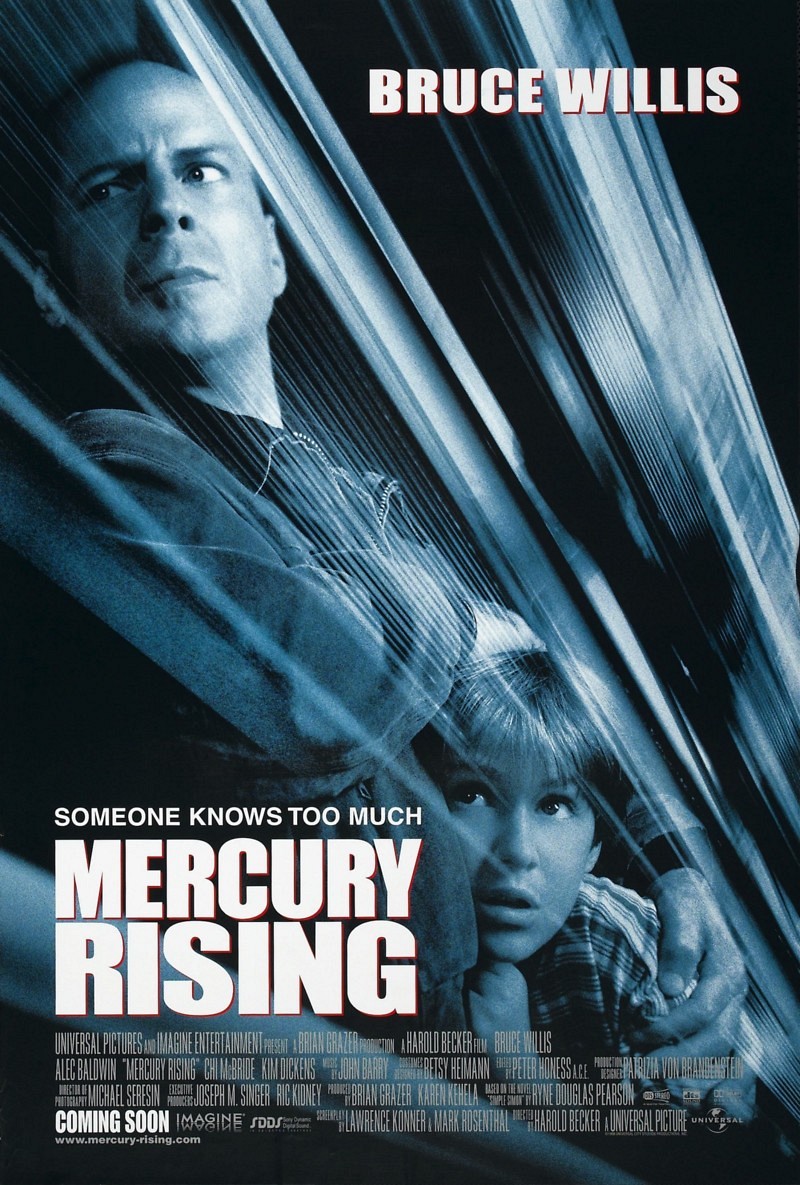 DVD: Mercury Rising DVD release date is set for April 12, 2005. Dates do change so check back often as the release approaches.

Blu-ray: Mercury Rising Blu-ray will be available the same day as the DVD. Blu-ray and DVD releases are typically released around 12-16 weeks after the theatrical premiere.

Digital: Mercury Rising digital release from Amazon Video and iTunes will be available 1-2 weeks before the Blu-ray, DVD, and 4K releases. The estimate release date is April 2005. We will update this page with more details as they become available. The movie has been out for around since its theatrical release.

The National Security Agency has developed what they think is a code that is unbreakable. This code, named Mercury, only needs to be tested in order to see if anybody is able to decipher it, and is put into a puzzle type magazine. Simon Lynch is an autistic boy who not only has an affinity for puzzles, but also is able to decipher the puzzle set inside of his magazine by the NSA. Upon discovering the he can solve the puzzle, the NSA informs a man named Kudrow as to what has happened. Kudrow worries about the fact that if Simon can read the code, that others might be able to as well. Therefore, he sends a man to Simon and his parents, but the police arrive before he is able to assassinate Simon. Following the murder of Simons parents, the police call in the FBI to protect him. Art Jeffries, who does not have a good reputation with the FBI, is also having trouble due to his last assignment. However, he finds the boy and ends up hiding him within a hospital. Before long, though, the assassin finds them again and they are once more on the run.

Mercury Rising DVD/Blu-ray is rated R. R stands for ‘Restricted’, which means children under 17 require accompanying parent or adult guardian. The movie contains some adult material and parents are urged to learn more about the movie.

The movie currently has a 5.8 out of 10 IMDb rating and 37 Metascore on Metacritic. We will continue to add and update review scores.