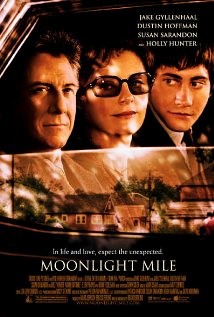 DVD: Moonlight Mile DVD release date is set for March 11, 2003. Dates do change so check back often as the release approaches.

Blu-ray: Moonlight Mile Blu-ray will be available the same day as the DVD. Blu-ray and DVD releases are typically released around 12-16 weeks after the theatrical premiere.

Digital: Moonlight Mile digital release from Amazon Video and iTunes will be available 1-2 weeks before the Blu-ray, DVD, and 4K releases. The estimate release date is March 2003. We will update this page with more details as they become available. The movie has been out for around since its theatrical release.

When Joe Nast’s fiancee, Diana, is tragically murdered during a robbery, he decides to move in with her parents to deal her death. Diana’s father, Ben, is a real estate agent who he goes into business with. Joe is desperate to seek out the wedding invitations that had just gone out days prior to Diana’s death and as he goes through the motions of cancelling the wedding and mourning the loss of his love, he befriends Bertie, a woman whose boyfriend has been missing in action in Vietnam, when she helps him find the lost invitations. As Joe grows closer with his late fiancee’s parents, he begins to grow close to Bertie and starts to feel romantic feelings towards her. As their romance blossoms, he admits during Diana’s murder trial that he and Diana had split up three days before he death and they were no longer getting married.

Moonlight Mile DVD/Blu-ray is rated PG-13. Parents are urged to be cautious. Some material may be inappropriate for pre-teenagers (under 13).

The movie currently has a 6.6 out of 10 IMDb rating and 59 Metascore on Metacritic. We will continue to add and update review scores.