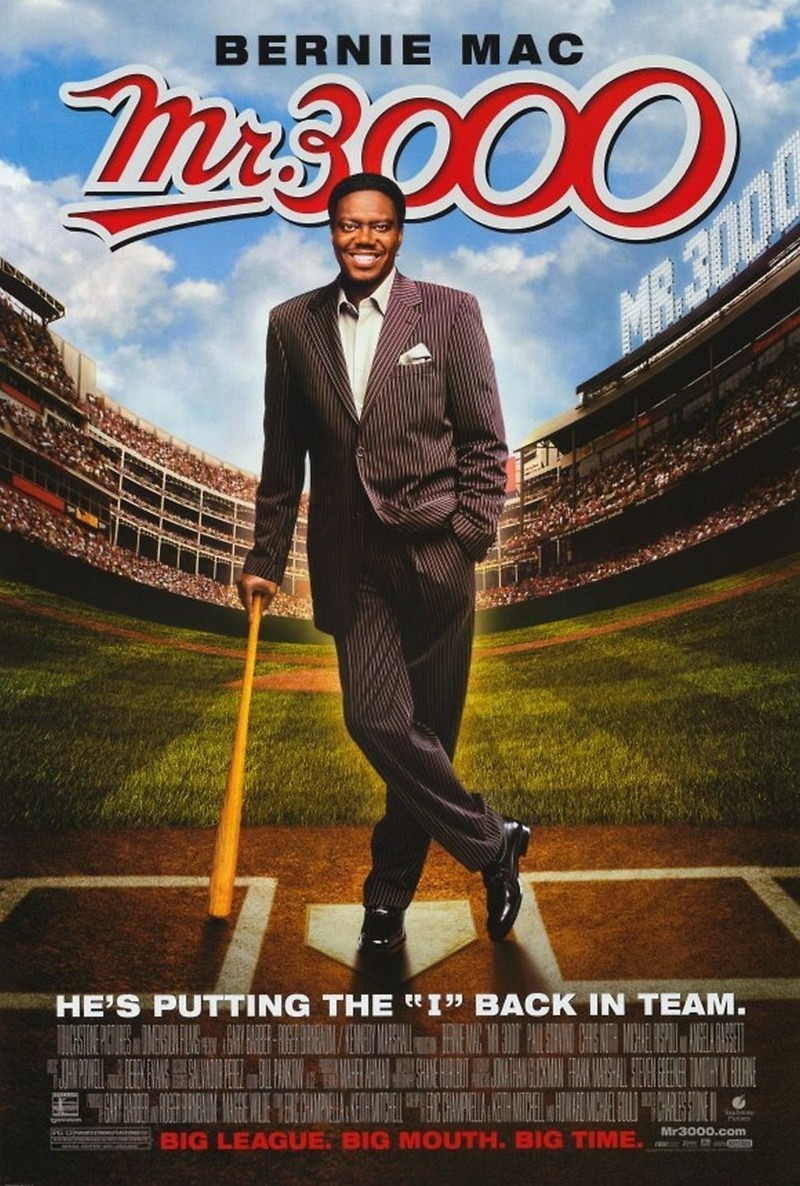 DVD: Mr 3000 DVD release date is set for February 1, 2005. Dates do change so check back often as the release approaches.

Blu-ray: Mr 3000 Blu-ray will be available the same day as the DVD. Blu-ray and DVD releases are typically released around 12-16 weeks after the theatrical premiere.

Digital: Mr 3000 digital release from Amazon Video and iTunes will be available 1-2 weeks before the Blu-ray, DVD, and 4K releases. The estimate release date is January 2005. We will update this page with more details as they become available. The movie has been out for around since its theatrical release.

Stan Ross is a former baseball player who walked away from the game when he accomplished a major milestone: he had 3000 hits. Little does he know, an error was made when calculating his total hits, and he is three hits short. Now a successful business man who has made millions on his nickname, Mr. 3000, Stan has to return to the game to get his last three hits. Now close to fifty years old, he finds that the game has changed over the years, and it is a lot harder than he expected it to be to reclaim his legacy.

Mr 3000 DVD/Blu-ray is rated PG-13. Parents are urged to be cautious. Some material may be inappropriate for pre-teenagers (under 13).

The movie currently has a 5.6 out of 10 IMDb rating and 57 Metascore on Metacritic. We will continue to add and update review scores.