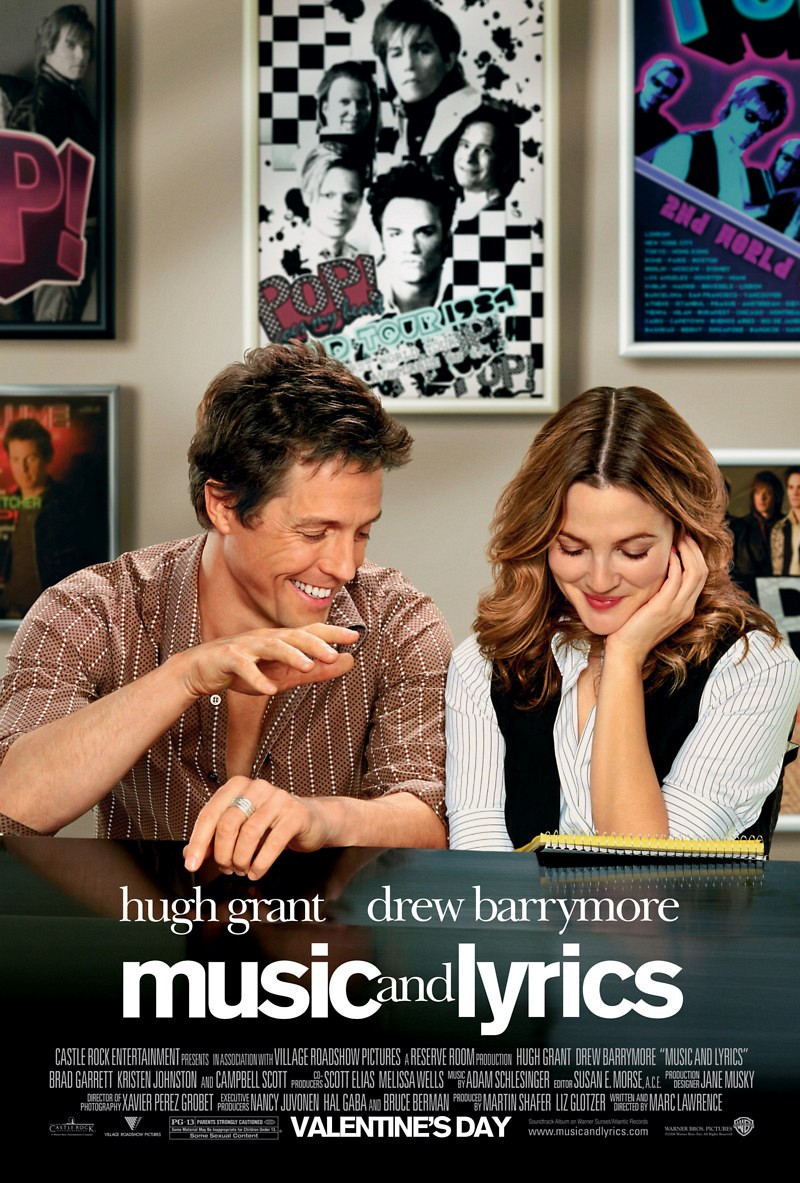 DVD: Music and Lyrics DVD release date is set for May 8, 2007. Dates do change so check back often as the release approaches.

Blu-ray: Music and Lyrics Blu-ray will be available the same day as the DVD. Blu-ray and DVD releases are typically released around 12-16 weeks after the theatrical premiere.

Digital: Music and Lyrics digital release from Amazon Video and iTunes will be available 1-2 weeks before the Blu-ray, DVD, and 4K releases. The estimate release date is April 2007. We will update this page with more details as they become available. The movie has been out for around since its theatrical release.

Alex Fletcher is a former pop star who has been washed up ever since the dissolution of his band, Pop! While his former bandmate went on to phenomenal success, he has had to satisfy himself with playing county fairs and high school reunions, endangering his hip every time he does one of his signature hip thrusts. He gets a chance for the big time again as a hot young singer wants a new hit, and she hopes he will be the one to write it. The trouble is that he has only a week to deliver the song, and he only thinks of himself as a composer. However, he finds hope in a zany young woman named Sophie with a natural gift for writing lyrics.

Music and Lyrics DVD/Blu-ray is rated PG-13. Parents are urged to be cautious. Some material may be inappropriate for pre-teenagers (under 13).

The movie currently has a 6.6 out of 10 IMDb rating and 59 Metascore on Metacritic. We will continue to add and update review scores.