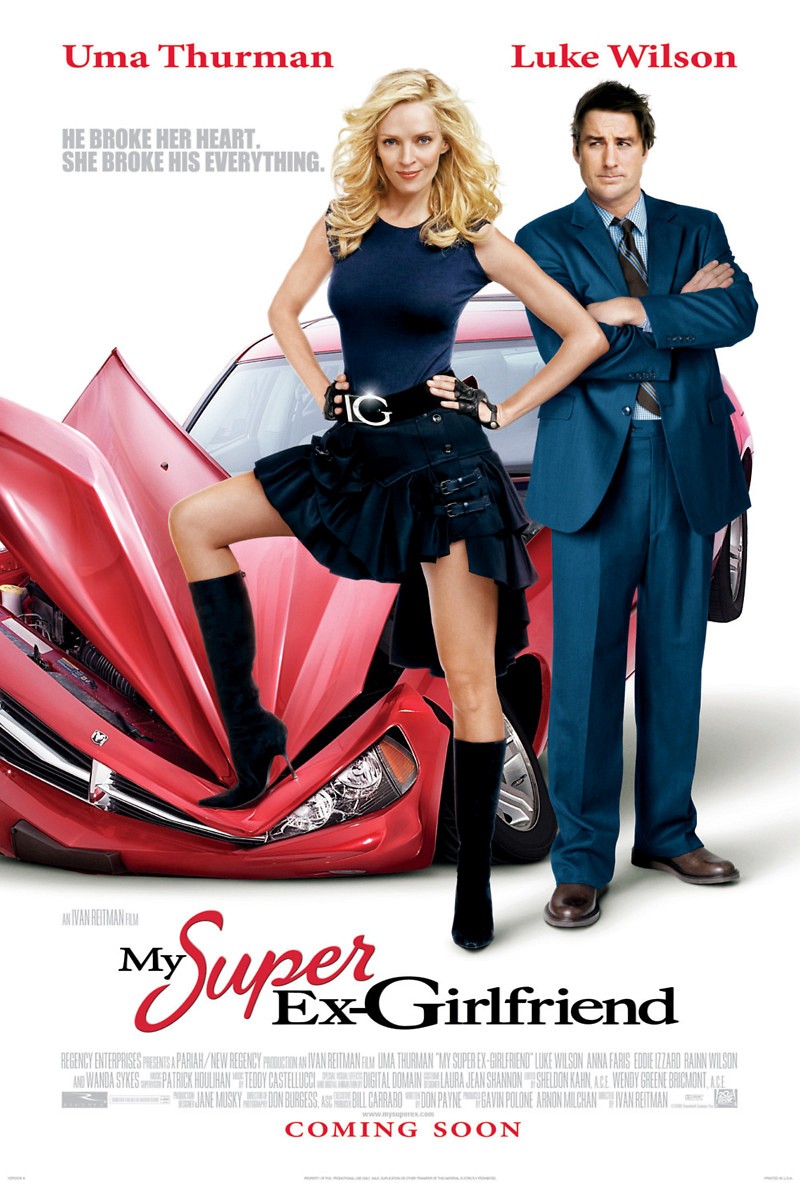 DVD: My Super Ex-Girlfriend DVD release date is set for December 19, 2006. Dates do change so check back often as the release approaches.

Blu-ray: My Super Ex-Girlfriend Blu-ray will be available the same day as the DVD. Blu-ray and DVD releases are typically released around 12-16 weeks after the theatrical premiere.

Digital: My Super Ex-Girlfriend digital release from Amazon Video and iTunes will be available 1-2 weeks before the Blu-ray, DVD, and 4K releases. The estimate release date is December 2006. We will update this page with more details as they become available. The movie has been out for around since its theatrical release.

A beautiful superhero Jenny Johnson meets and falls in love with a shy project manager named Matt Sunders. He is a regular guy with no super powers, and Jenny becomes controlling, manipulative, needy and jealous. Matt’s best friend advises him to dump Jenny as soon as possible. This breaks poor Jenny’s heart, and she vows for revenge, especially when he finds a new girlfriend named Hannah. Jenny uses all her powers to make Matt’s life a living nightmare. Jenny becomes out of control and obsessed with Matt and Hannah. But, Matt is still determined to go on with his life with Hannah. Jenny proves that being a superhero has its advantages when you’ve been dumped by the man of your dreams.

My Super Ex-Girlfriend DVD/Blu-ray is rated PG-13. Parents are urged to be cautious. Some material may be inappropriate for pre-teenagers (under 13).

The movie currently has a 5.4 out of 10 IMDb rating and 50 Metascore on Metacritic. We will continue to add and update review scores.