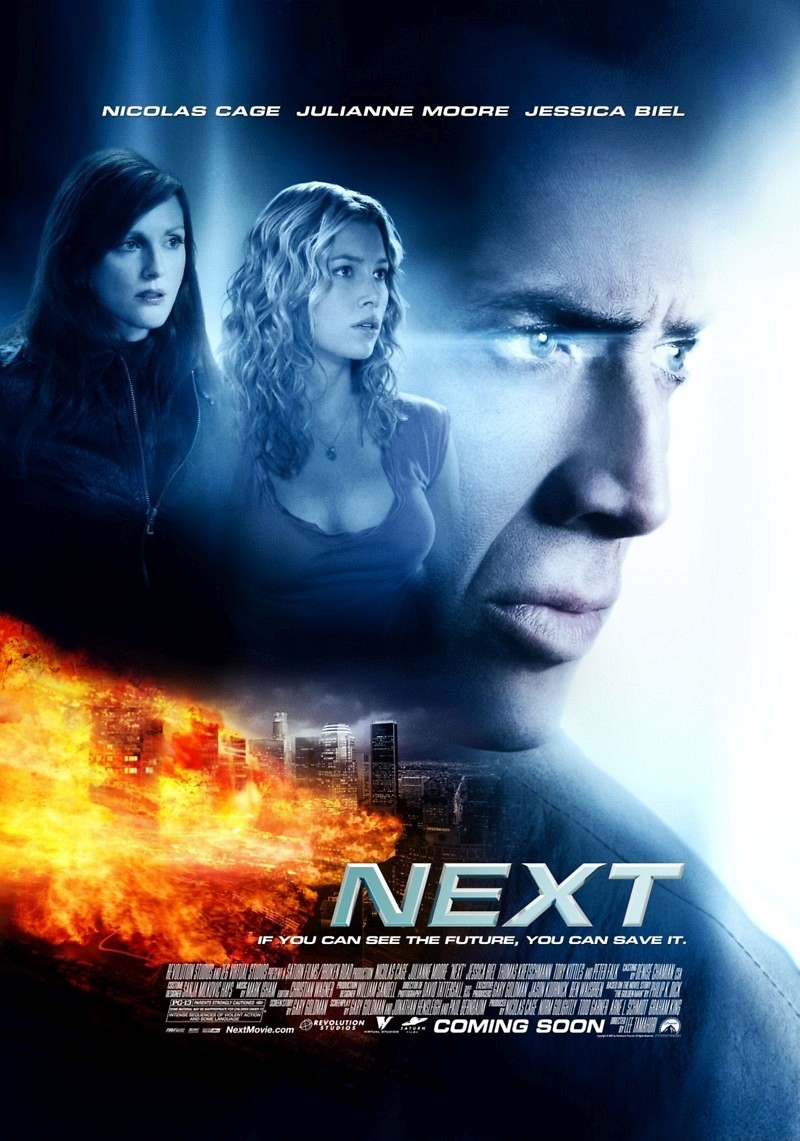 DVD: Next DVD release date is set for September 25, 2007. Dates do change so check back often as the release approaches.

Blu-ray: Next Blu-ray will be available the same day as the DVD. Blu-ray and DVD releases are typically released around 12-16 weeks after the theatrical premiere.

Digital: Next digital release from Amazon Video and iTunes will be available 1-2 weeks before the Blu-ray, DVD, and 4K releases. The estimate release date is September 2007. We will update this page with more details as they become available. The movie has been out for around since its theatrical release.

Next stars Nicolas Cage, Julianne Moore, Jessica Biel, Thomas Kretschmann, Tory Kittles. View everything you need to know about the movie below.

Cris Johnson is plagued by this very unique skill; the ability to see a bit into the future. He has spent his life being observed and tested, generally seen as a freak of nature. Now living in Las Vegas and performing as a small time magician, he lives under the radar and out of the public eye. Or so he believes. An FBI agent tries to persuade Cris to help her keep a nuclear weapon from going off in Los Angeles. Determined to stay out of it, he’s on the run from the FBI. How exactly do you catch a man that can see minutes into any possible future?

Next DVD/Blu-ray is rated PG-13. Parents are urged to be cautious. Some material may be inappropriate for pre-teenagers (under 13).

The movie currently has a 6.1 out of 10 IMDb rating and 42 Metascore on Metacritic. We will continue to add and update review scores.