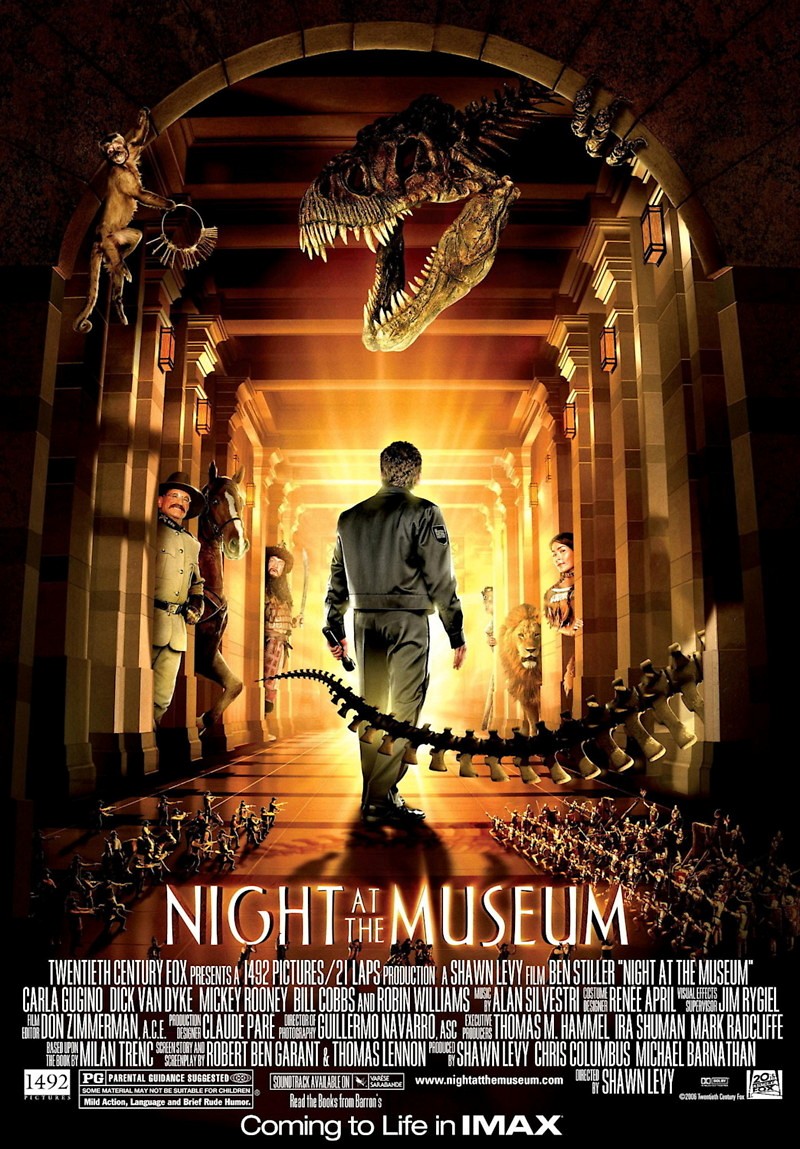 DVD: Night at the Museum DVD release date is set for April 24, 2007. Dates do change so check back often as the release approaches.

Blu-ray: Night at the Museum Blu-ray will be available the same day as the DVD. Blu-ray and DVD releases are typically released around 12-16 weeks after the theatrical premiere.

Digital: Night at the Museum digital release from Amazon Video and iTunes will be available 1-2 weeks before the Blu-ray, DVD, and 4K releases. The estimate release date is April 2007. We will update this page with more details as they become available. The movie has been out for around since its theatrical release.

Night at the Museum stars Ben Stiller, Carla Gugino, Dick Van Dyke, Mickey Rooney, Bill Cobbs. View everything you need to know about the movie below.

Larry has hit on hard times. His business ventures fail, and now it seems his son would rather grow up to be like his stepfather than like his own father, Larry. To make things right, Larry sets out to find a stable job and win his son back. Larry is hired as a night security guard at the American Museum of Natural History. What Larry soon discovers is that the museum and all it’s exhibits come to life at night. When he brings his son in to show him, he loses credibility all over again when nothing happens. Larry must find why the museum is not coming to life anymore and fix it.

The movie currently has a 6.4 out of 10 IMDb rating and 48 Metascore on Metacritic. We will continue to add and update review scores.