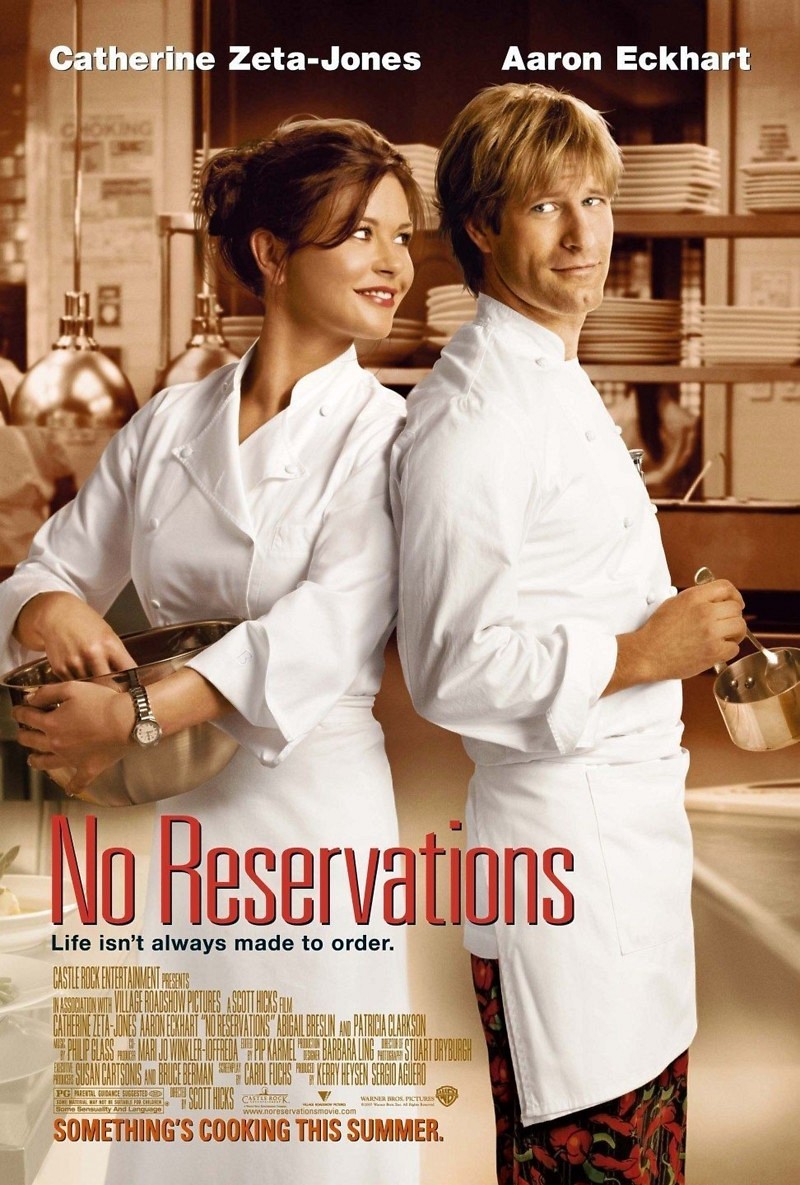 DVD: No Reservations DVD release date is set for February 12, 2008. Dates do change so check back often as the release approaches.

Blu-ray: No Reservations Blu-ray will be available the same day as the DVD. Blu-ray and DVD releases are typically released around 12-16 weeks after the theatrical premiere.

Digital: No Reservations digital release from Amazon Video and iTunes will be available 1-2 weeks before the Blu-ray, DVD, and 4K releases. The estimate release date is February 2008. We will update this page with more details as they become available. The movie has been out for around since its theatrical release.

No Reservations stars Catherine Zeta-Jones, Aaron Eckhart, Abigail Breslin, Patricia Clarkson, Jenny Wade. View everything you need to know about the movie below.

An acclaimed chef with a reputation for perfectionism becomes the guardian of her niece after her parents die in a car crash. Kate has an intimidating personality, and she is obsessed with having every detail right, both in her meal preparations and in life in general. This is hard for her niece Zoe to adjust to, and being a mom all of a sudden doesn’t fit in well with Kate’s well-ordered life. When a sous chef named Nick comes into her life, he shows her the value of approaching life with passion and embracing unexpected detours. Zoe is delighted with Nick’s sense of fun, but Kate finds his style to be off-putting. However, she discovers that she could learn a thing or two from him.

The movie currently has a 6.3 out of 10 IMDb rating and 50 Metascore on Metacritic. We will continue to add and update review scores.