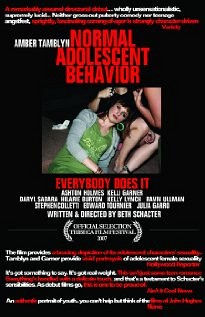 DVD: Normal Adolescent Behavior DVD release date is set for October 16, 2007. Dates do change so check back often as the release approaches.

Blu-ray: Normal Adolescent Behavior Blu-ray will be available the same day as the DVD. Blu-ray and DVD releases are typically released around 12-16 weeks after the theatrical premiere.

Digital: Normal Adolescent Behavior digital release from Amazon Video and iTunes will be available 1-2 weeks before the Blu-ray, DVD, and 4K releases. The estimate release date is October 2007. We will update this page with more details as they become available. The movie has been out for around since its theatrical release.

In a effort to avoid the pitfalls of normal teen sexuality and the pressures of growing up, Wendy, Billie, Ann, and their three lifelong male friends are six alternative high school seniors who prefer to keep their hookups confined to their own safe little clique. The swinging groups unique world is quickly disrupted when Wendy meets a new senior, Sean, who finds himself both fascinated and repulsed by the group’s odd definition of commitment and safe sex.

Normal Adolescent Behavior DVD/Blu-ray is rated R. R stands for ‘Restricted’, which means children under 17 require accompanying parent or adult guardian. The movie contains some adult material and parents are urged to learn more about the movie.

The movie currently has a 5.3 out of 10 IMDb rating and N/A Metascore on Metacritic. We will continue to add and update review scores.