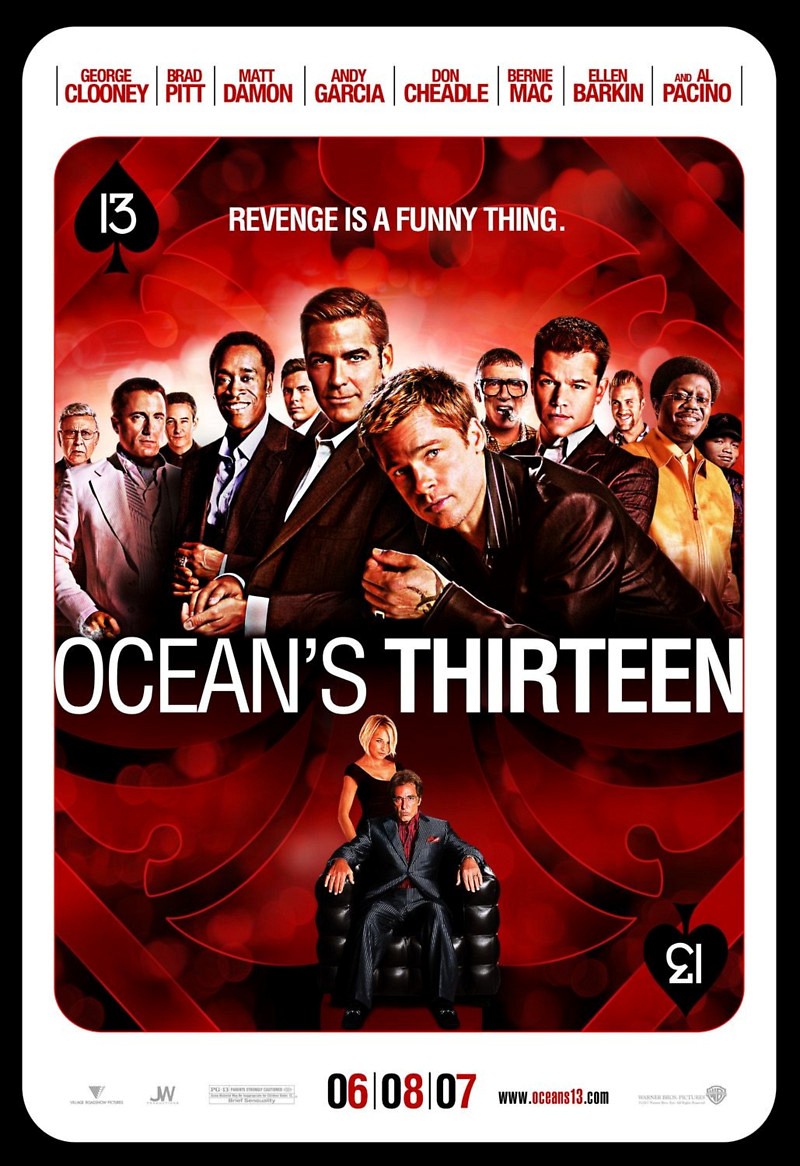 DVD: Ocean’s Thirteen DVD release date is set for November 13, 2007. Dates do change so check back often as the release approaches.

Blu-ray: Ocean’s Thirteen Blu-ray will be available the same day as the DVD. Blu-ray and DVD releases are typically released around 12-16 weeks after the theatrical premiere.

Digital: Ocean’s Thirteen digital release from Amazon Video and iTunes will be available 1-2 weeks before the Blu-ray, DVD, and 4K releases. The estimate release date is November 2007. We will update this page with more details as they become available. The movie has been out for around since its theatrical release.

Once again, the group is rounded up for a spectacular heist under the leadership of Danny Ocean (George Clooney). His target this time is a powerful casino owner who has crossed a team member of the Ocean’s Eleven group. The team is set to offer revenge up for Reuben Tishkoff (Elliott Gould) who was crossed out of his business agreement with Willy Bank (Al Pacino). It is not enough that Bank conned Tishkoff out of his share of the casino they built together, but he finds the con job amusing. Needless to say, Ocean’s group does not take kindly to the double-crossing of a friend, and they are seeking justice for Tishkoff.

Ocean’s Thirteen DVD/Blu-ray is rated PG-13. Parents are urged to be cautious. Some material may be inappropriate for pre-teenagers (under 13).

The movie currently has a 6.9 out of 10 IMDb rating and 62 Metascore on Metacritic. We will continue to add and update review scores.