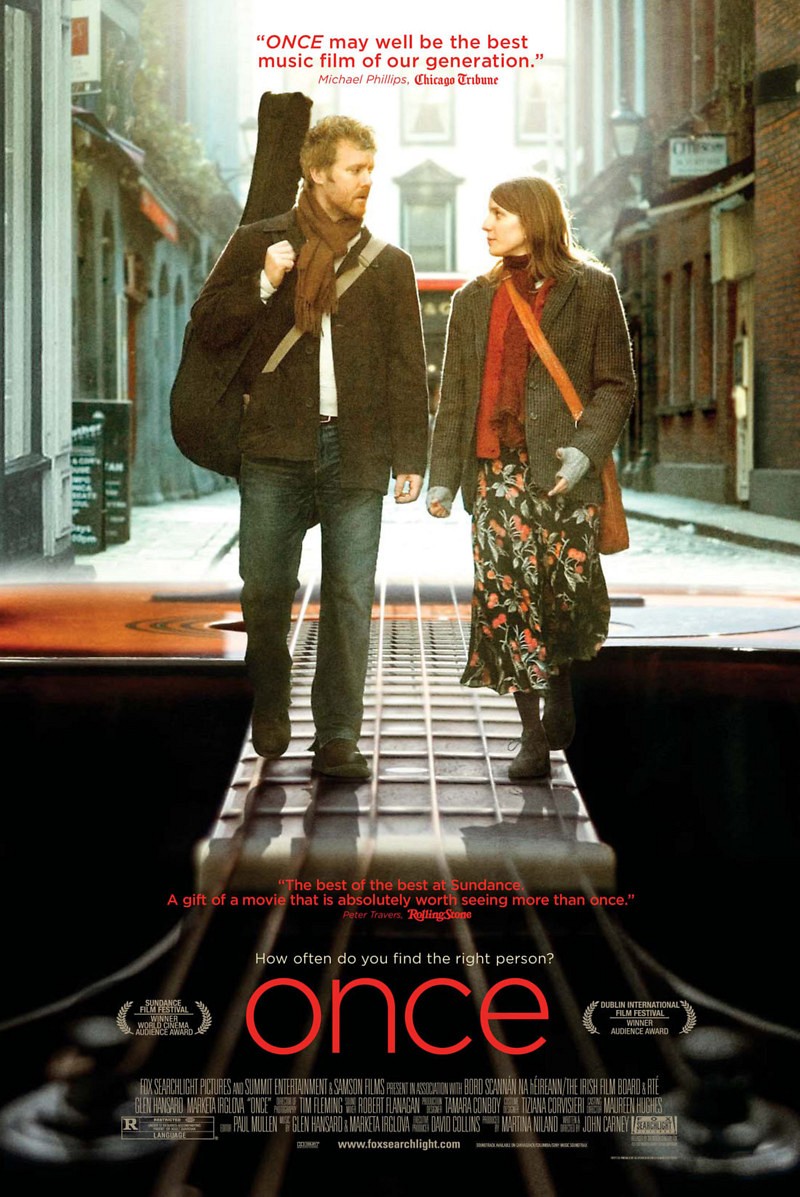 DVD: Once DVD release date is set for December 18, 2007. Dates do change so check back often as the release approaches.

Blu-ray: Once Blu-ray will be available the same day as the DVD. Blu-ray and DVD releases are typically released around 12-16 weeks after the theatrical premiere.

Digital: Once digital release from Amazon Video and iTunes will be available 1-2 weeks before the Blu-ray, DVD, and 4K releases. The estimate release date is December 2007. We will update this page with more details as they become available. The movie has been out for around since its theatrical release.

Once stars Glen Hansard, Markéta Irglová, Hugh Walsh, Gerard Hendrick, Alaistair Foley. View everything you need to know about the movie below.

A vacuum cleaner repairman spends part of his time busking on the streets of Dublin. When his tips are stolen, he chases the thief and accidentally bumps into a Czech girl selling flowers. The two bond quickly connect, bonding over their shared love of music. After hearing some of his original compositions, she suggests that they write some songs together. What begins as a whim develops into a full album, and they decide to record their songs in a studio. Meanwhile, they struggle with their growing feelings for each other.

Once DVD/Blu-ray is rated R. R stands for ‘Restricted’, which means children under 17 require accompanying parent or adult guardian. The movie contains some adult material and parents are urged to learn more about the movie.

The movie currently has a 8 out of 10 IMDb rating and 88 Metascore on Metacritic. We will continue to add and update review scores.