DVD Release Dates Uncategorized Once Upon a Time in Mexico 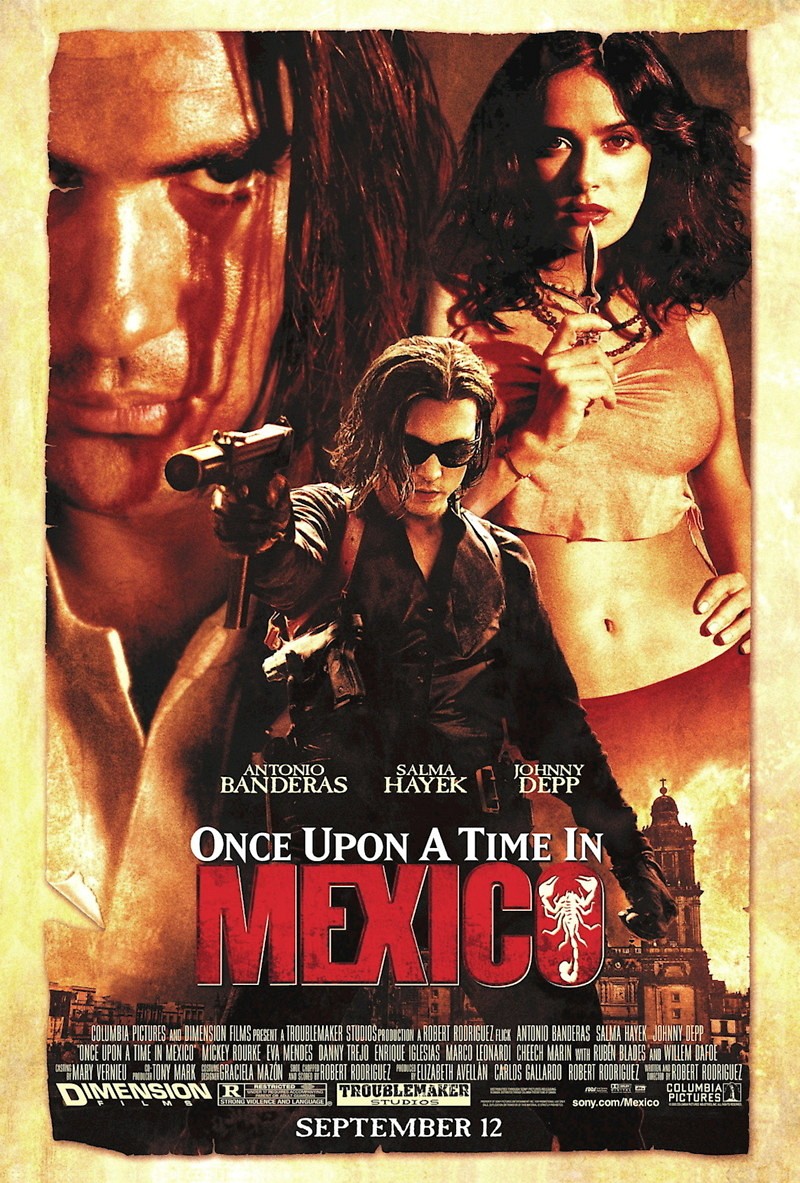 DVD: Once Upon a Time in Mexico DVD release date is set for January 20, 2004. Dates do change so check back often as the release approaches.

Blu-ray: Once Upon a Time in Mexico Blu-ray will be available the same day as the DVD. Blu-ray and DVD releases are typically released around 12-16 weeks after the theatrical premiere.

Digital: Once Upon a Time in Mexico digital release from Amazon Video and iTunes will be available 1-2 weeks before the Blu-ray, DVD, and 4K releases. The estimate release date is January 2004. We will update this page with more details as they become available. The movie has been out for around since its theatrical release.

Once Upon a Time in Mexico stars Antonio Banderas, Salma Hayek, Johnny Depp, Mickey Rourke, Eva Mendes. View everything you need to know about the movie below.

The president of Mexico announces a war against the drug cartel run by the Barillo family. In retaliation, the Barillo cartel backs a military coup led by General Marquez. The US government is trying to stop this coup with the intervention of CIA Agent Sands. To make sure that the coup fails, Sands forces the greatest hitman of all-time, the legendary El Mariachi, out of retirement. EL Mariachi is haunted by the death of his wife and daughter years ago, and he does not want to fight ever again. However, Sands backs him onto a corner that leaves him no choice. El Mariachi calls upon the help of his two brothers to stop the assassination of the president by General Marquezs troops and the Barillo cartels gunmen.

Once Upon a Time in Mexico DVD/Blu-ray is rated R. R stands for ‘Restricted’, which means children under 17 require accompanying parent or adult guardian. The movie contains some adult material and parents are urged to learn more about the movie.