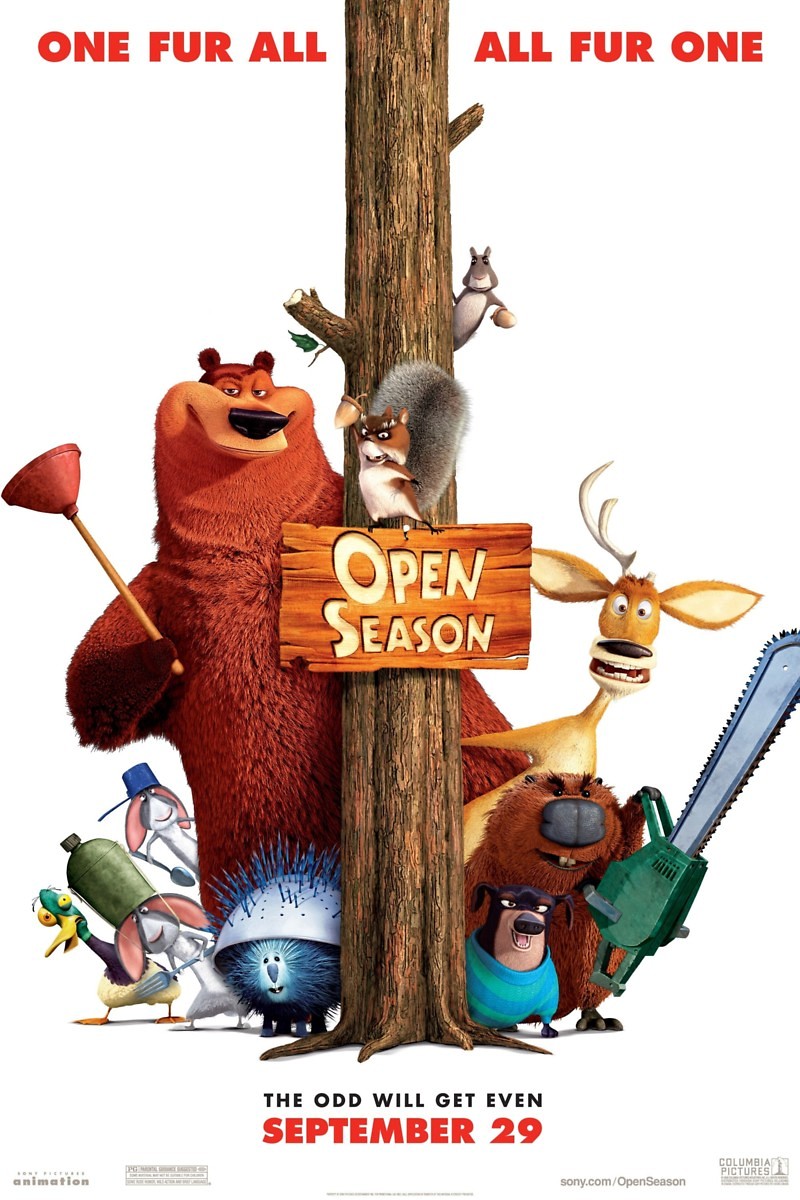 DVD: Open Season DVD release date is set for January 30, 2007. Dates do change so check back often as the release approaches.

Blu-ray: Open Season Blu-ray will be available the same day as the DVD. Blu-ray and DVD releases are typically released around 12-16 weeks after the theatrical premiere.

Digital: Open Season digital release from Amazon Video and iTunes will be available 1-2 weeks before the Blu-ray, DVD, and 4K releases. The estimate release date is January 2007. We will update this page with more details as they become available. The movie has been out for around since its theatrical release.

A very spoiled and domesticated grizzly bear, without any abilities to fend for himself, befriends a less than masculine buck whose zany antics keep landing them both in a endless series of trouble. When his seemly perfect existence gets turned upside down by the scrawny, one antlered deer, the grizzly must learn some kind of survival skills and protect himself from potential hunters who are out to get him. With some help from slightly misguided woodland creatures in the forest, the bear must learn some independence, and the buck must learn to be a man.

The movie currently has a 6.1 out of 10 IMDb rating and 49 Metascore on Metacritic. We will continue to add and update review scores.