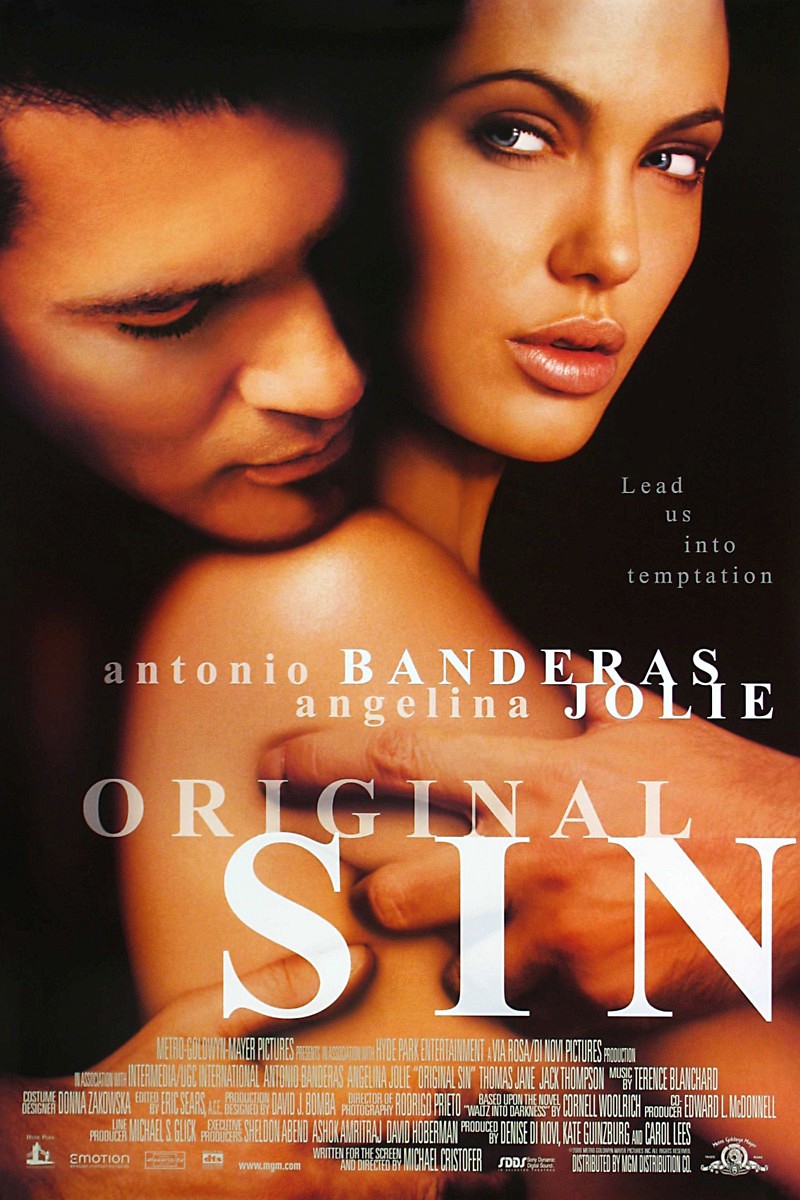 DVD: Original Sin DVD release date is set for March 26, 2002. Dates do change so check back often as the release approaches.

Blu-ray: Original Sin Blu-ray will be available the same day as the DVD. Blu-ray and DVD releases are typically released around 12-16 weeks after the theatrical premiere.

Digital: Original Sin digital release from Amazon Video and iTunes will be available 1-2 weeks before the Blu-ray, DVD, and 4K releases. The estimate release date is March 2002. We will update this page with more details as they become available. The movie has been out for around since its theatrical release.

Wealthy Luis Vargas wants to find a woman to marry. He decides to select one by looking through personal ads. A woman named Julia Russell sends him her photo. Unfortunately, the photo she sends isn’t of her, and it doesn’t represent how beautiful she truly is. When Luis sees her for the first time, he is overwhelmed by her beauty. It isn’t long before they marry, and she has access to his money. Unfortunately, Julia isn’t what she seems. When she disappears with his money, he hires an investigator. What he discovers is a complicated web of lies that’s slowly exposing the truth.

Original Sin DVD/Blu-ray is rated R. R stands for ‘Restricted’, which means children under 17 require accompanying parent or adult guardian. The movie contains some adult material and parents are urged to learn more about the movie.

The movie currently has a 5.7 out of 10 IMDb rating and 33 Metascore on Metacritic. We will continue to add and update review scores.