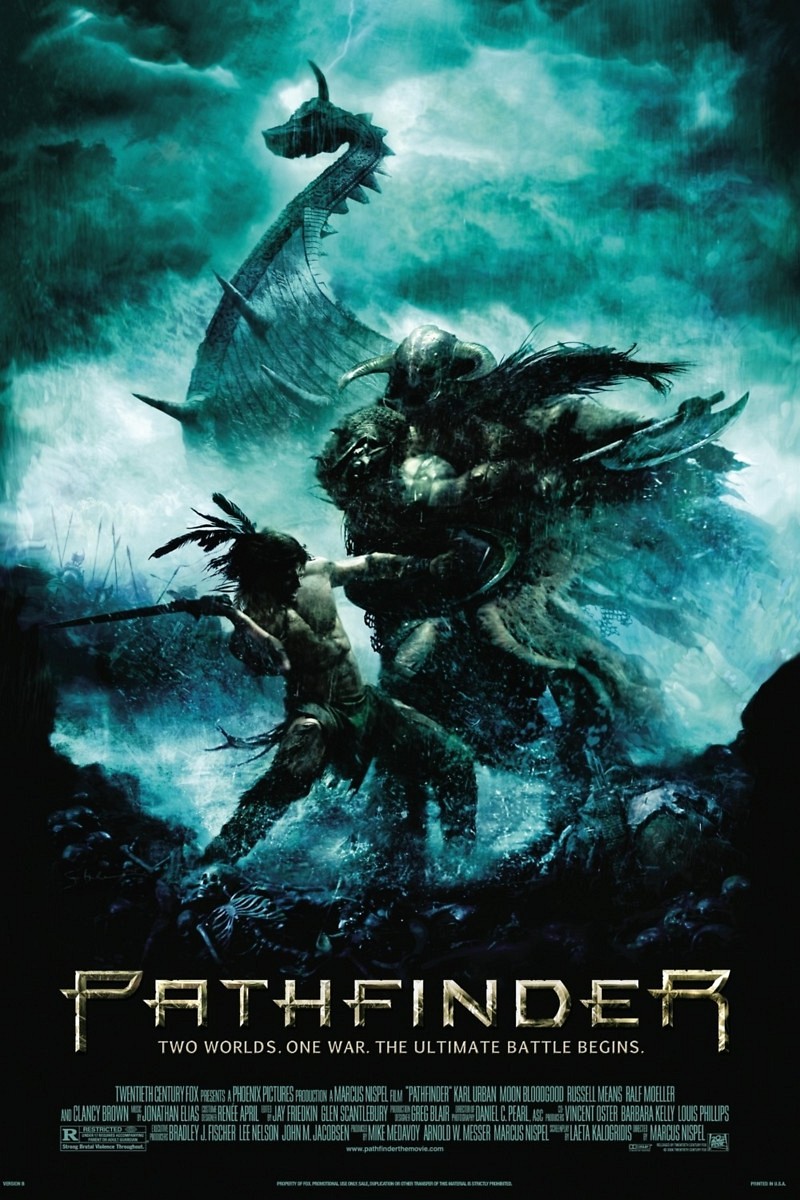 DVD: Pathfinder DVD release date is set for July 31, 2007. Dates do change so check back often as the release approaches.

Blu-ray: Pathfinder Blu-ray will be available the same day as the DVD. Blu-ray and DVD releases are typically released around 12-16 weeks after the theatrical premiere.

Digital: Pathfinder digital release from Amazon Video and iTunes will be available 1-2 weeks before the Blu-ray, DVD, and 4K releases. The estimate release date is July 2007. We will update this page with more details as they become available. The movie has been out for around since its theatrical release.

A Viking boy is left behind when Norsemen attack the tribes of unsuspecting Native Americans. Survivors raise the boy as their own, naming him Ghost for his uncanny ability to slip from one place to another without being noticed. Learning the ancient art of Native American medicine and using his natural grasp of fighting, Ghost grows into a strong man with a flourishing romance and happy tribe. However, his joy is short-lived as the Norsemen return 15 years later to again wreak havoc on the tribes. After launching a barbaric attack that leaves too many dead, the Norsemen take their souvenirs from war and leave. Upset and disturbed, the would-be hero locates a Pathfinder to tell him what to do next. Eventually, Ghost follows the Vikings to their homelands, gaining their trust and dispersing of them in succession.

Pathfinder DVD/Blu-ray is rated R. R stands for ‘Restricted’, which means children under 17 require accompanying parent or adult guardian. The movie contains some adult material and parents are urged to learn more about the movie.

The movie currently has a 5.2 out of 10 IMDb rating and 29 Metascore on Metacritic. We will continue to add and update review scores.