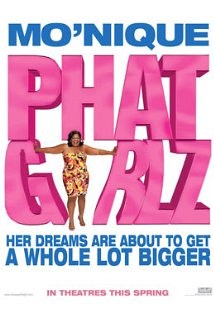 DVD: Phat Girlz DVD release date is set for August 22, 2006. Dates do change so check back often as the release approaches.

Blu-ray: Phat Girlz Blu-ray will be available the same day as the DVD. Blu-ray and DVD releases are typically released around 12-16 weeks after the theatrical premiere.

Digital: Phat Girlz digital release from Amazon Video and iTunes will be available 1-2 weeks before the Blu-ray, DVD, and 4K releases. The estimate release date is August 2006. We will update this page with more details as they become available. The movie has been out for around since its theatrical release.

Jazmin is a plus sized woman who works in sales at a department store. The aspiring fashion designer wins a vacation trip to California and takes her cousin and best friend with her. The girls meet some Nigerian men who find big women attractive. Jazmin falls in love with Tunde, and he calls her “thick madame.” A misunderstanding leads Jazmin to believe that Tunde is cheating on her, and she returns back to her normal life. Her clothing line becomes a success, and she names it Thick Madame. A year later she visits Nigeria to thank Tunde for his inspiration. Jazmin first thinks that the woman who answers his door is his wife, but this time she hangs around long enough to learn the truth.

Phat Girlz DVD/Blu-ray is rated PG-13. Parents are urged to be cautious. Some material may be inappropriate for pre-teenagers (under 13).

The movie currently has a 2.5 out of 10 IMDb rating and 36 Metascore on Metacritic. We will continue to add and update review scores.