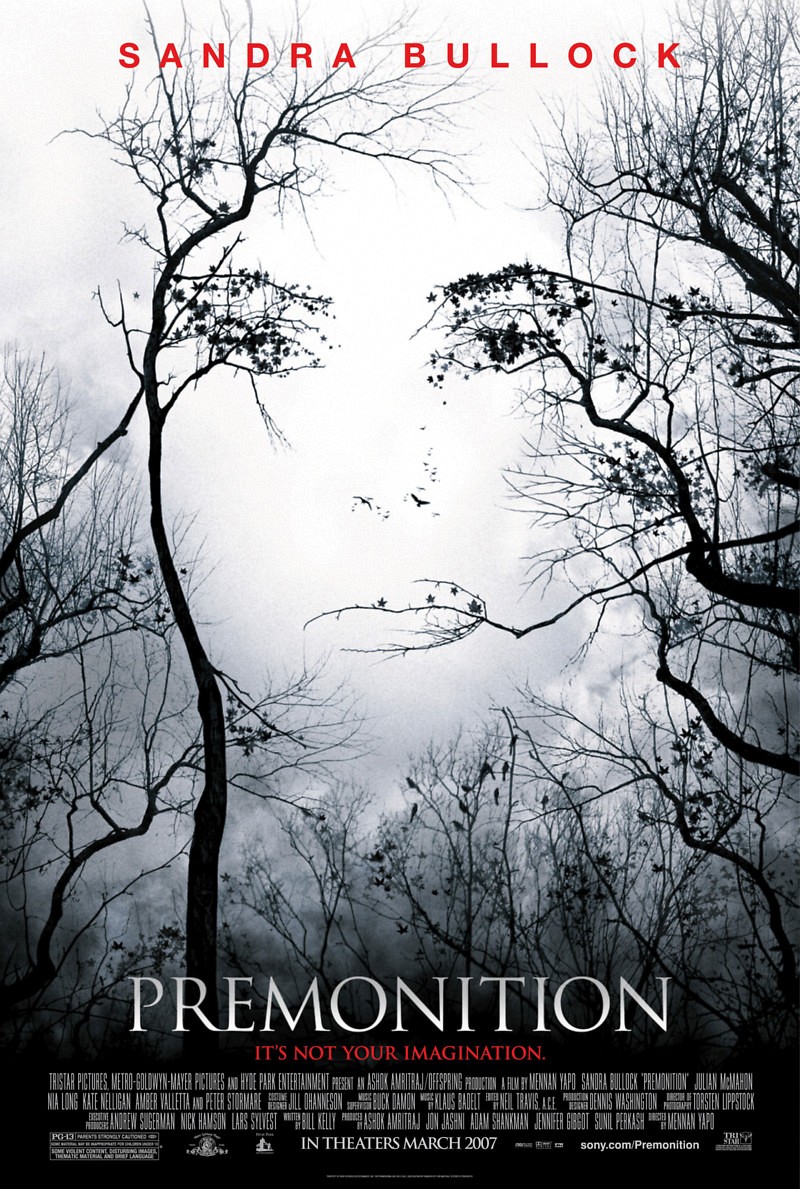 DVD: Premonition DVD release date is set for July 17, 2007. Dates do change so check back often as the release approaches.

Blu-ray: Premonition Blu-ray will be available the same day as the DVD. Blu-ray and DVD releases are typically released around 12-16 weeks after the theatrical premiere.

Digital: Premonition digital release from Amazon Video and iTunes will be available 1-2 weeks before the Blu-ray, DVD, and 4K releases. The estimate release date is July 2007. We will update this page with more details as they become available. The movie has been out for around since its theatrical release.

Linda Hanson is a wife and mother of two little girls. Her once-blissful marriage is on shaky ground because of the distance that has developed between her and her husband Jim. However, she is shocked and horrified to awake one morning and learn that he has been killed in a car crash. To her relief and bewilderment, she awakes the following morning to find him alive and well. She soon realizes that she is caught in a bizarre cycle of switching back and forth between the past and the future, with only a few days separating each. Desperately, she tries to learn enough in the future timeline to prevent the tragic accident from occurring in the past, but changing the future is a tricky business.

Premonition DVD/Blu-ray is rated PG-13. Parents are urged to be cautious. Some material may be inappropriate for pre-teenagers (under 13).

The movie currently has a 5.7 out of 10 IMDb rating and 29 Metascore on Metacritic. We will continue to add and update review scores.