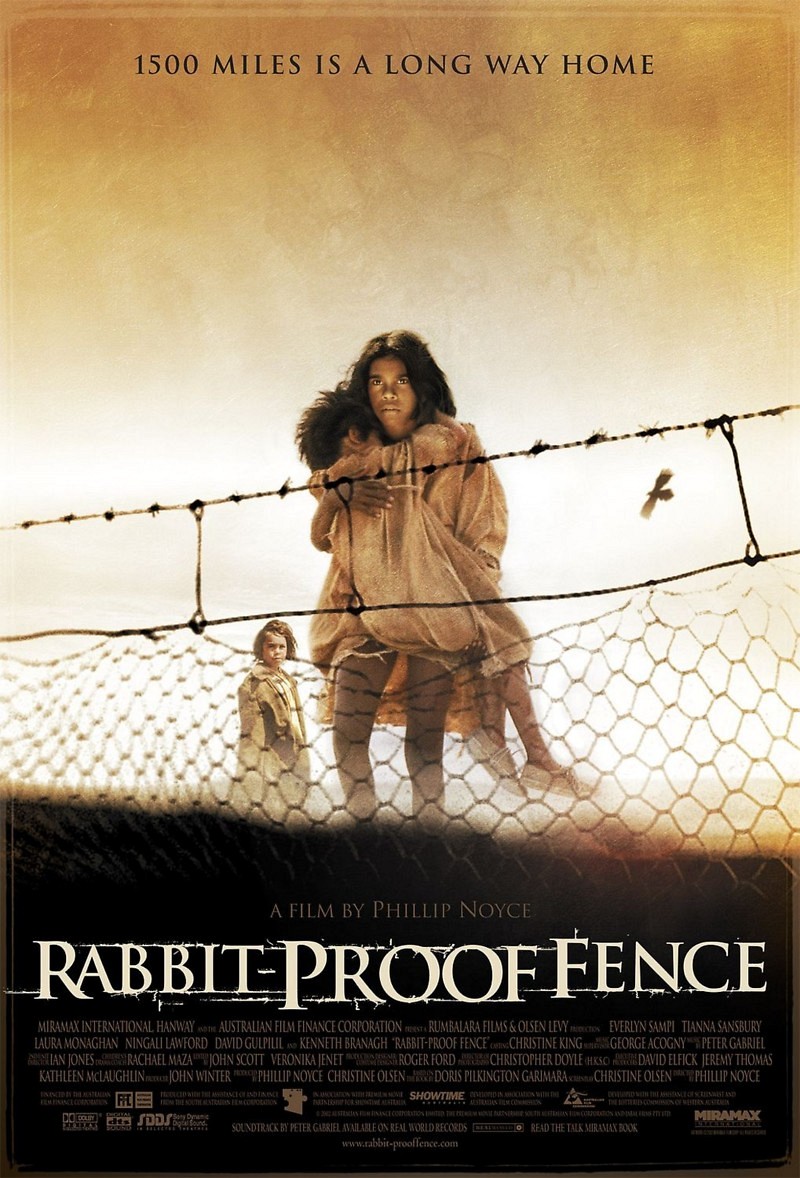 DVD: Rabbit-Proof Fence DVD release date is set for April 15, 2003. Dates do change so check back often as the release approaches.

Blu-ray: Rabbit-Proof Fence Blu-ray will be available the same day as the DVD. Blu-ray and DVD releases are typically released around 12-16 weeks after the theatrical premiere.

Digital: Rabbit-Proof Fence digital release from Amazon Video and iTunes will be available 1-2 weeks before the Blu-ray, DVD, and 4K releases. The estimate release date is April 2003. We will update this page with more details as they become available. The movie has been out for around since its theatrical release.

Set in Western Australia in 1931, the white government sets off on a plan to save Aboriginal half-castes from themselves by forcibly taking these children from their parents and training them to work as servants in white homes. Based on a true story, three girls from the remote town of Jigalong are taken from their home and sent to the distant Moore River Settlement. The three girls, Molly age fourteen, sister Daisy age eight and cousin Gracie age ten, escape by following a 1,500 mile rabbit-proof fence that runs alongside their rural village. Pursued by native tracker Moodoo and settlement director Neville, the three girls manage to elude authorities and survive the severe Australian outback in an attempt to get back to their home and family.

Rabbit-Proof Fence DVD/Blu-ray is rated TV-PG. This program contains material that parents may find unsuitable for younger children. Many parents may want to watch it with their younger children. The theme itself may call for parental guidance and/or the program may contain one or more of the following: some suggestive dialogue (D), infrequent coarse language (L), some sexual situations (S), or moderate violence (V).

The movie currently has a 7.5 out of 10 IMDb rating and 80 Metascore on Metacritic. We will continue to add and update review scores.