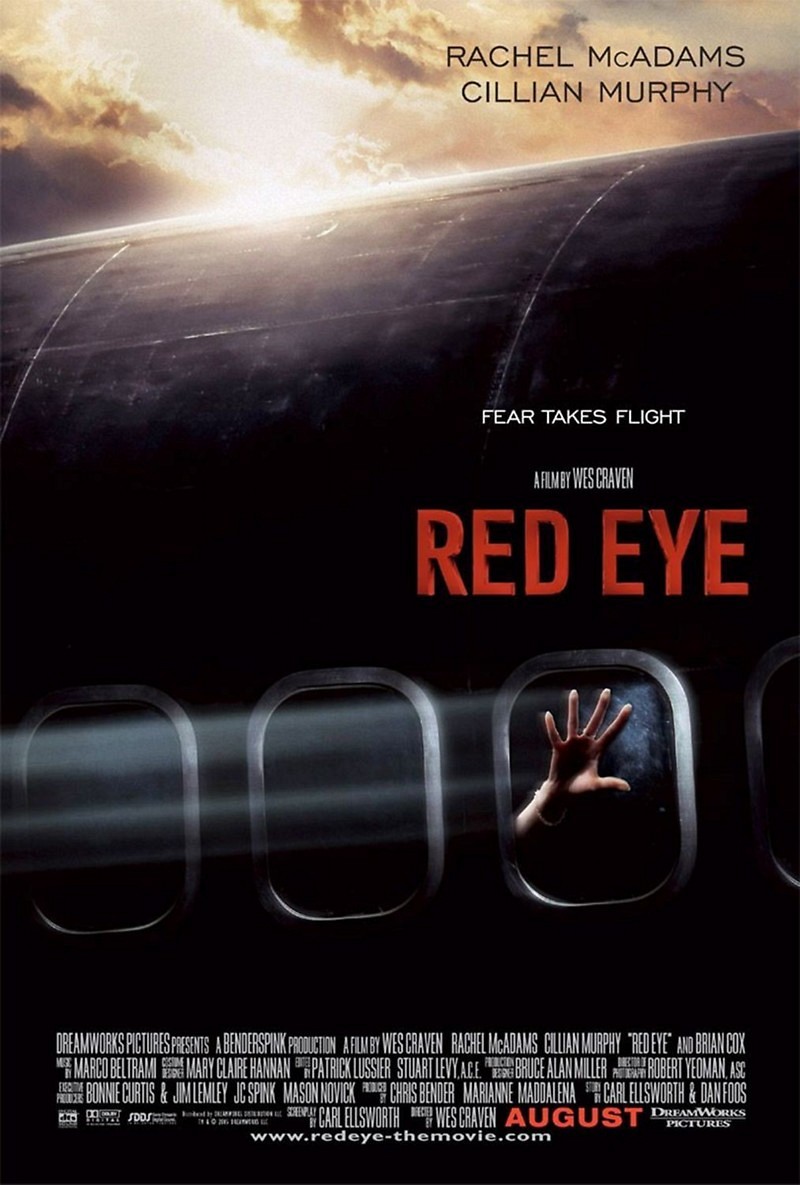 DVD: Red Eye DVD release date is set for January 10, 2006. Dates do change so check back often as the release approaches.

Blu-ray: Red Eye Blu-ray will be available the same day as the DVD. Blu-ray and DVD releases are typically released around 12-16 weeks after the theatrical premiere.

Digital: Red Eye digital release from Amazon Video and iTunes will be available 1-2 weeks before the Blu-ray, DVD, and 4K releases. The estimate release date is January 2006. We will update this page with more details as they become available. The movie has been out for around since its theatrical release.

Lux Atlantic Hotel manager Lisa Reisert hates to fly. However, she must get over her fear as she waits for her flight home to Miami after attending her grandmothers funeral in Dallas. When her flight is delayed, Lisa passes the time in the airport bar where she meets a handsome stranger named Jackson Rippner. The two seem to hit it off and later find that they are seated next to each other on the plane. Polite conversation quickly ends, though, when Jackson reveals that he knows exactly who Lisa is. Jackson, who is actually the middle-man in an assassination plot, gives Lisa an ultimatum: help him carry out the murder plot or let her father be killed by a waiting hit-man. What will she do?

Red Eye DVD/Blu-ray is rated PG-13. Parents are urged to be cautious. Some material may be inappropriate for pre-teenagers (under 13).

The movie currently has a 6.5 out of 10 IMDb rating and 71 Metascore on Metacritic. We will continue to add and update review scores.