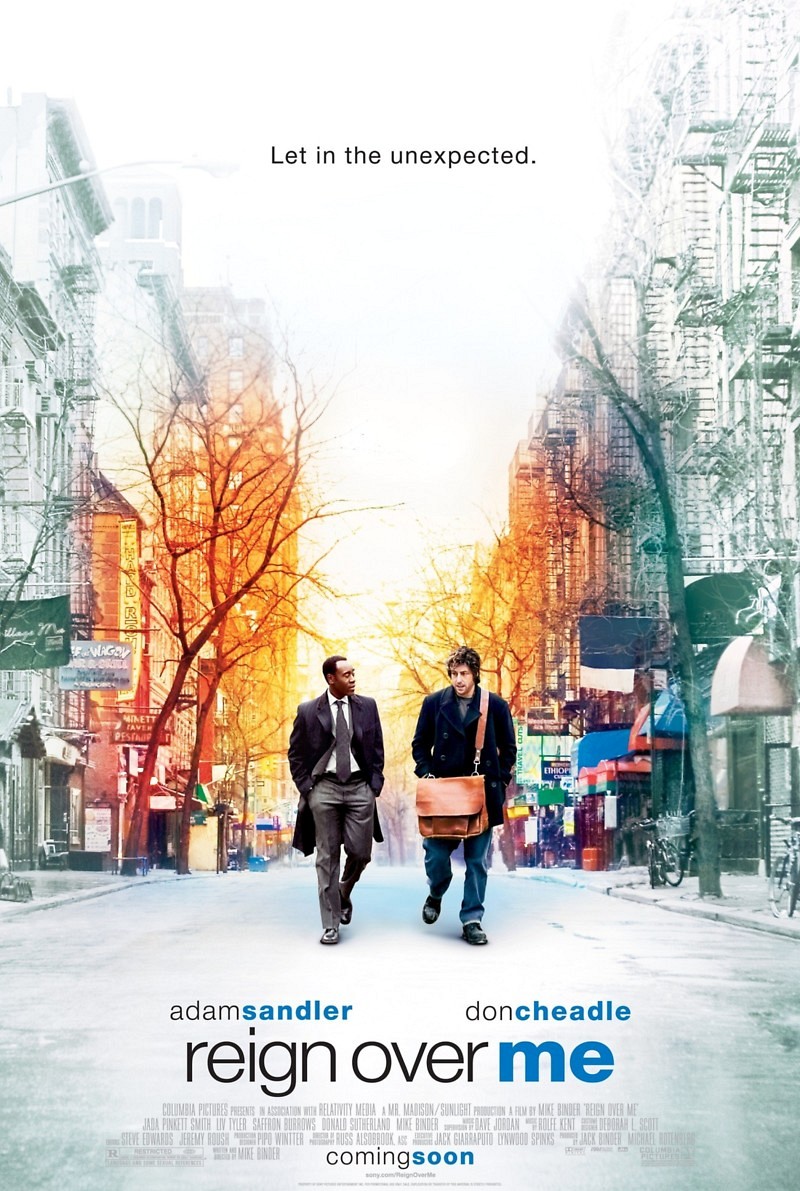 DVD: Reign Over Me DVD release date is set for October 9, 2007. Dates do change so check back often as the release approaches.

Blu-ray: Reign Over Me Blu-ray will be available the same day as the DVD. Blu-ray and DVD releases are typically released around 12-16 weeks after the theatrical premiere.

Digital: Reign Over Me digital release from Amazon Video and iTunes will be available 1-2 weeks before the Blu-ray, DVD, and 4K releases. The estimate release date is September 2007. We will update this page with more details as they become available. The movie has been out for around since its theatrical release.

Reign Over Me stars Adam Sandler, Don Cheadle, Jada Pinkett Smith, Liv Tyler, Saffron Burrows. View everything you need to know about the movie below.

In Reign Over Me, two former college roommates find each other in a chance encounter that helps both men get through their respective problems. Alan Johnson is a successful man with a good job, a devoted wife, and loving children. He is living the American dream, except that he finds balancing his work life and his family life to be overwhelming. Alan’s former roommate, Charlie Fineman, isn’t doing as well. In a tragic sequence of events, he has lost his family and quit his job. He has pulled inside himself and avoids people. As the story unfolds, Alan dedicates himself to helping Charlie overcome his battles, their old friendship rekindled.

Reign Over Me DVD/Blu-ray is rated R. R stands for ‘Restricted’, which means children under 17 require accompanying parent or adult guardian. The movie contains some adult material and parents are urged to learn more about the movie.

The movie currently has a 7.7 out of 10 IMDb rating and 61 Metascore on Metacritic. We will continue to add and update review scores.