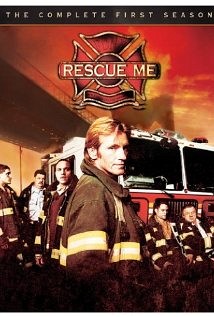 DVD: Rescue Me DVD release date is set for September 11, 2018. Dates do change so check back often as the release approaches.

Blu-ray: Rescue Me Blu-ray will be available the same day as the DVD. Blu-ray and DVD releases are typically released around 12-16 weeks after the theatrical premiere.

Digital: Rescue Me digital release from Amazon Video and iTunes will be available 1-2 weeks before the Blu-ray, DVD, and 4K releases. The estimate release date is September 2018. We will update this page with more details as they become available. The movie has been out for around since its theatrical release.

Rescue Me stars Denis LearyMichael LombardiSteven Pasquale. View everything you need to know about the movie below.

Tommy Gavin, a veteran New York firefighter, tries to come to grips with his new life. He deals with the stress and fear of his job by talking to his deceased cousin, Jimmy Keefe, a former firefighter,as well. He keeps tabs on his children and ex-wife, Janet, by moving in across the street from them. The stress he feels when seeing his ex-wife dating other men is impacted by haunting images of people he has seen die on the job.

Rescue Me DVD/Blu-ray is rated TV-MA. This program is specifically designed to be viewed by adults and therefore may be unsuitable for children under 17. This program may contain one or more of the following: crude indecent language (L), explicit sexual activity (S), or graphic violence (V).