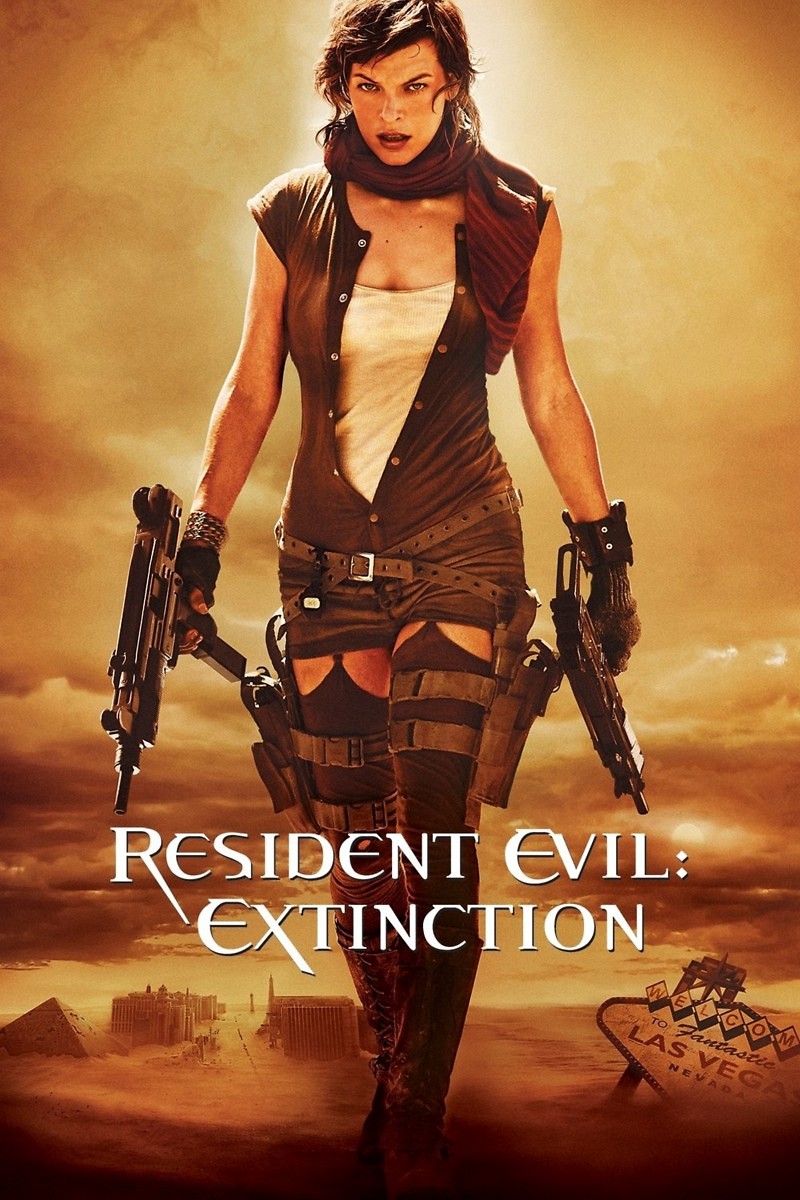 DVD: Resident Evil: Extinction DVD release date is set for January 1, 2008. Dates do change so check back often as the release approaches.

Blu-ray: Resident Evil: Extinction Blu-ray will be available the same day as the DVD. Blu-ray and DVD releases are typically released around 12-16 weeks after the theatrical premiere.

Digital: Resident Evil: Extinction digital release from Amazon Video and iTunes will be available 1-2 weeks before the Blu-ray, DVD, and 4K releases. The estimate release date is December 2007. We will update this page with more details as they become available. The movie has been out for around since its theatrical release.

The Umbrella Corporation has just destroyed Raccoon City and thinks that it also destroyed all of the inhabitants as well. But a group of survivors has emerged from Raccoon City and is doing its best to make it to safety. Alice is the group leader and she is also a scientifically enhanced super hero with powers that not even she understands. The zombie plague has spread and the group is headed to Alaska, where it believes it will find a safe haven for survivors. Along the way, the Umbrella Corporation has caught up to the group in the desert just outside Las Vegas, and the company wants to capture Alice and stop the band of survivors from reaching their destination.

Resident Evil: Extinction DVD/Blu-ray is rated R. R stands for ‘Restricted’, which means children under 17 require accompanying parent or adult guardian. The movie contains some adult material and parents are urged to learn more about the movie.

The movie currently has a 6.2 out of 10 IMDb rating and 41 Metascore on Metacritic. We will continue to add and update review scores.