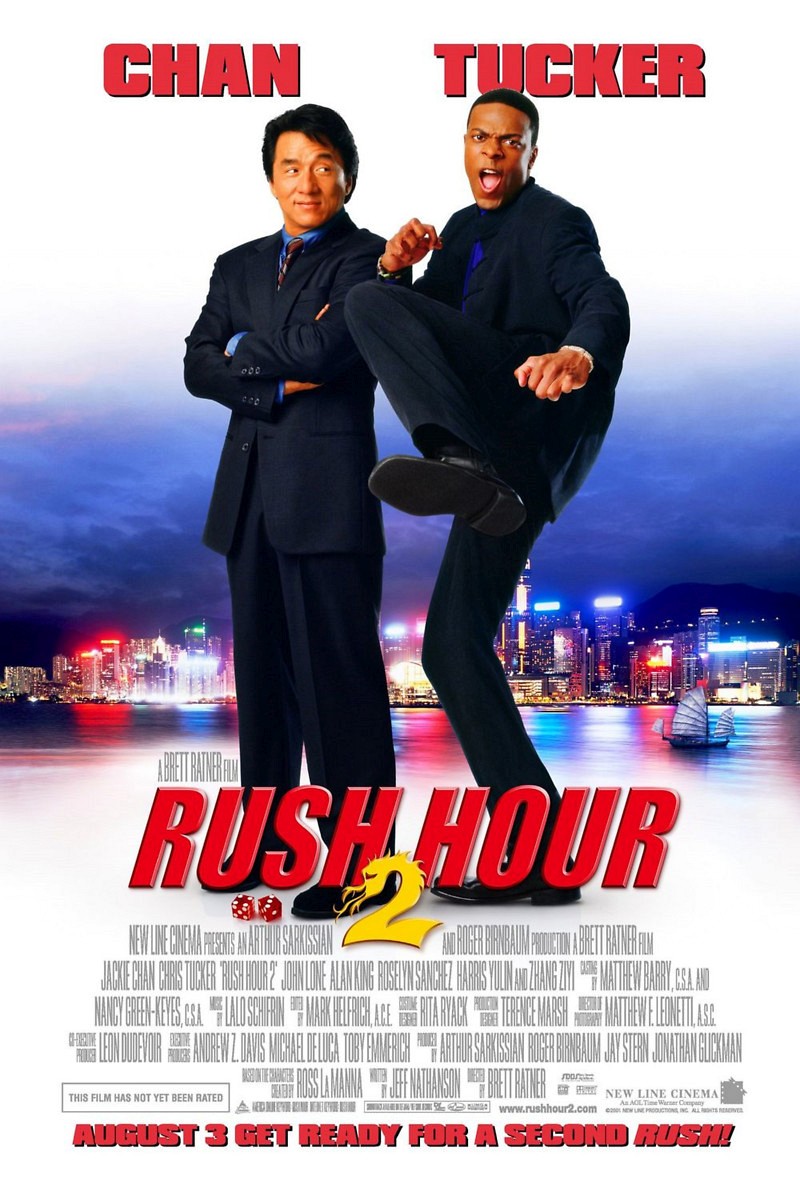 DVD: Rush Hour 2 DVD release date is set for December 11, 2001. Dates do change so check back often as the release approaches.

Blu-ray: Rush Hour 2 Blu-ray will be available the same day as the DVD. Blu-ray and DVD releases are typically released around 12-16 weeks after the theatrical premiere.

Digital: Rush Hour 2 digital release from Amazon Video and iTunes will be available 1-2 weeks before the Blu-ray, DVD, and 4K releases. The estimate release date is December 2001. We will update this page with more details as they become available. The movie has been out for around since its theatrical release.

While trying to learn a new language Carter (Chris Tucker) on vacation with Lee (Jackie Chan) in Hong Kong find themselves once again in the middle of another Rush. When a double murder of two US customs agents threatens their plans for rest and relaxation; Lee uses his fast moving hands to make quick escapes from the challenges brought on by Carters fast moving tongue. They join forces with a beautiful US secret-service agent (Roselyn Sanchez) to void the illegal ties of a hotel billionaire (Alan King). In the end they find themselves courting a casino in Las Vegas after being chased half way around the world by a sexy villain (Zhang Ziyi) who is out for blood while protecting her employer’s immediate interest.

Rush Hour 2 DVD/Blu-ray is rated PG-13. Parents are urged to be cautious. Some material may be inappropriate for pre-teenagers (under 13).

The movie currently has a 6.5 out of 10 IMDb rating and 48 Metascore on Metacritic. We will continue to add and update review scores.