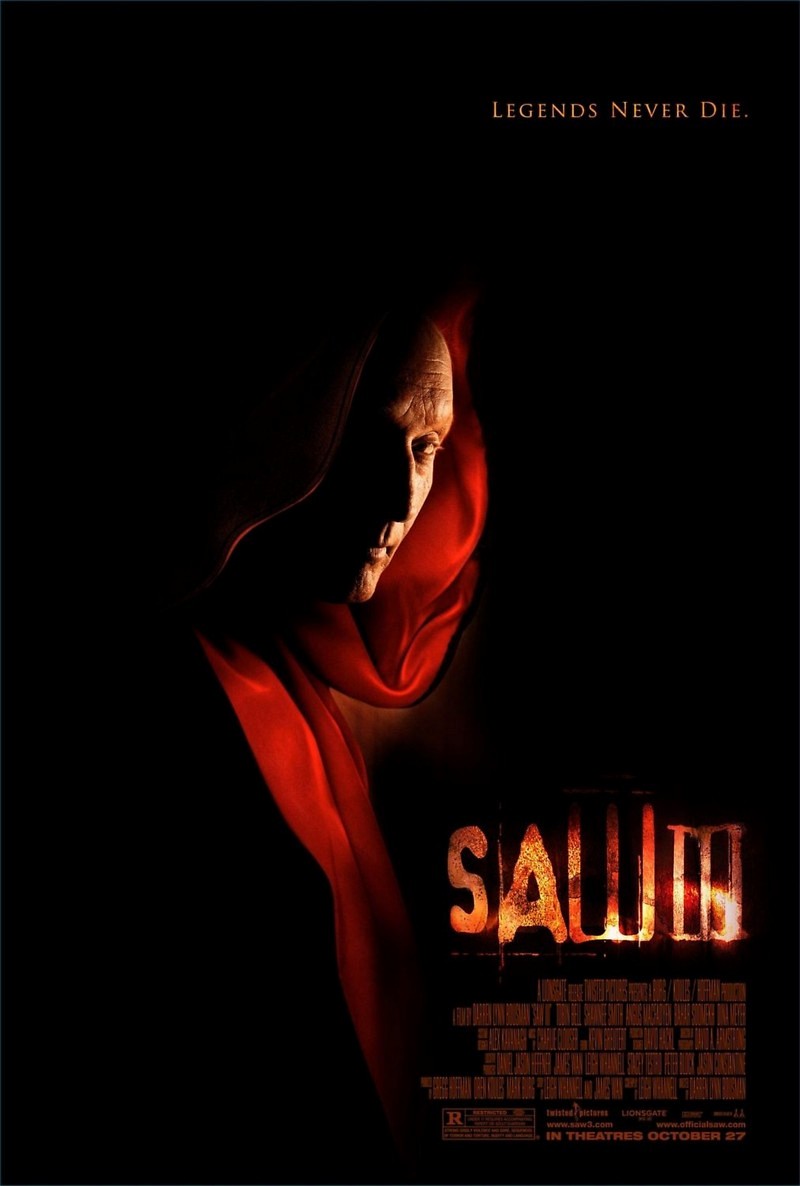 DVD: Saw III DVD release date is set for January 23, 2007. Dates do change so check back often as the release approaches.

Blu-ray: Saw III Blu-ray will be available the same day as the DVD. Blu-ray and DVD releases are typically released around 12-16 weeks after the theatrical premiere.

Digital: Saw III digital release from Amazon Video and iTunes will be available 1-2 weeks before the Blu-ray, DVD, and 4K releases. The estimate release date is January 2007. We will update this page with more details as they become available. The movie has been out for around since its theatrical release.

Saw III is the third installment in the highly successful horror and action series, “Saw.” It follows victims of this peculiar serial killer and his protege as they try to find their way out vicious traps designed to test their will to live. Things take a turn for the even stranger, however, when Jigsaw’s assistant begins building traps that have no escape. Soon, it becomes clear that Jigsaw’s motivations aren’t quite as clear as he seemed to make them originally, and that the players in the “game” are not actually who they appeared to be. The story comes together slowly but surely, introducing a psychological twist that sets this film apart from the others. Saw III weaves a more intricate tale than its predecessors and succeeds in being more compelling.

Saw III DVD/Blu-ray is rated R. R stands for ‘Restricted’, which means children under 17 require accompanying parent or adult guardian. The movie contains some adult material and parents are urged to learn more about the movie.

The movie currently has a 6.2 out of 10 IMDb rating and 48 Metascore on Metacritic. We will continue to add and update review scores.