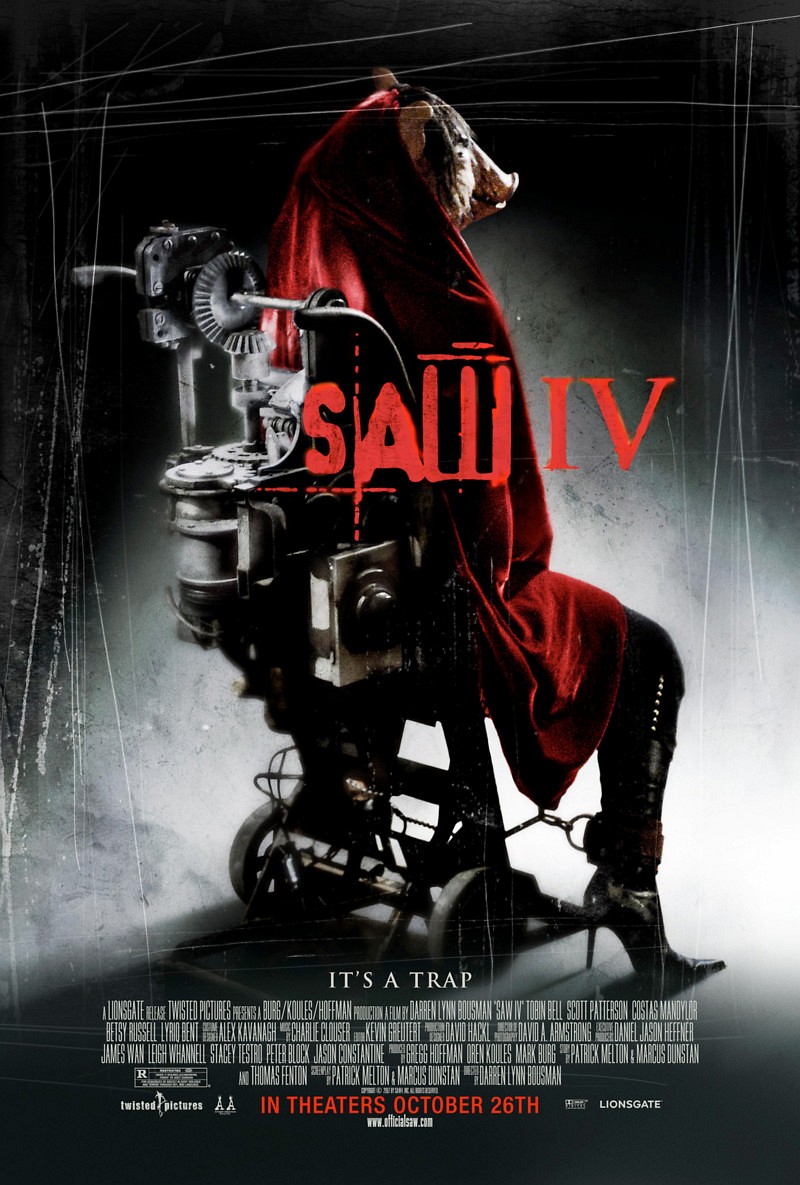 DVD: Saw IV DVD release date is set for January 22, 2008. Dates do change so check back often as the release approaches.

Blu-ray: Saw IV Blu-ray will be available the same day as the DVD. Blu-ray and DVD releases are typically released around 12-16 weeks after the theatrical premiere.

Digital: Saw IV digital release from Amazon Video and iTunes will be available 1-2 weeks before the Blu-ray, DVD, and 4K releases. The estimate release date is January 2008. We will update this page with more details as they become available. The movie has been out for around since its theatrical release.

Jigsaw is dead, but the game aren’t over yet. During the autopsy of the illustrious murderer, they find a cassette tape hidden in his stomach. Detective Hoffman listens to the tape. He is perturbed to discover that Jigsaw invites him to be the last man standing in his game. There is not much time to interpret the villain’s latest puzzle. Detective Hoffman shortly discovers that SWAT Commander Rigg is the latest target of the game. Now Rigg has ninety minutes to find a way to save himself, and Hoffman is in danger too. Rigg must complete a series of twisted tests to succeed, but the challenges become harder to bear as more truths about the past are slowly revealed to him.

Saw IV DVD/Blu-ray is rated R. R stands for ‘Restricted’, which means children under 17 require accompanying parent or adult guardian. The movie contains some adult material and parents are urged to learn more about the movie.

The movie currently has a 6 out of 10 IMDb rating and 36 Metascore on Metacritic. We will continue to add and update review scores.