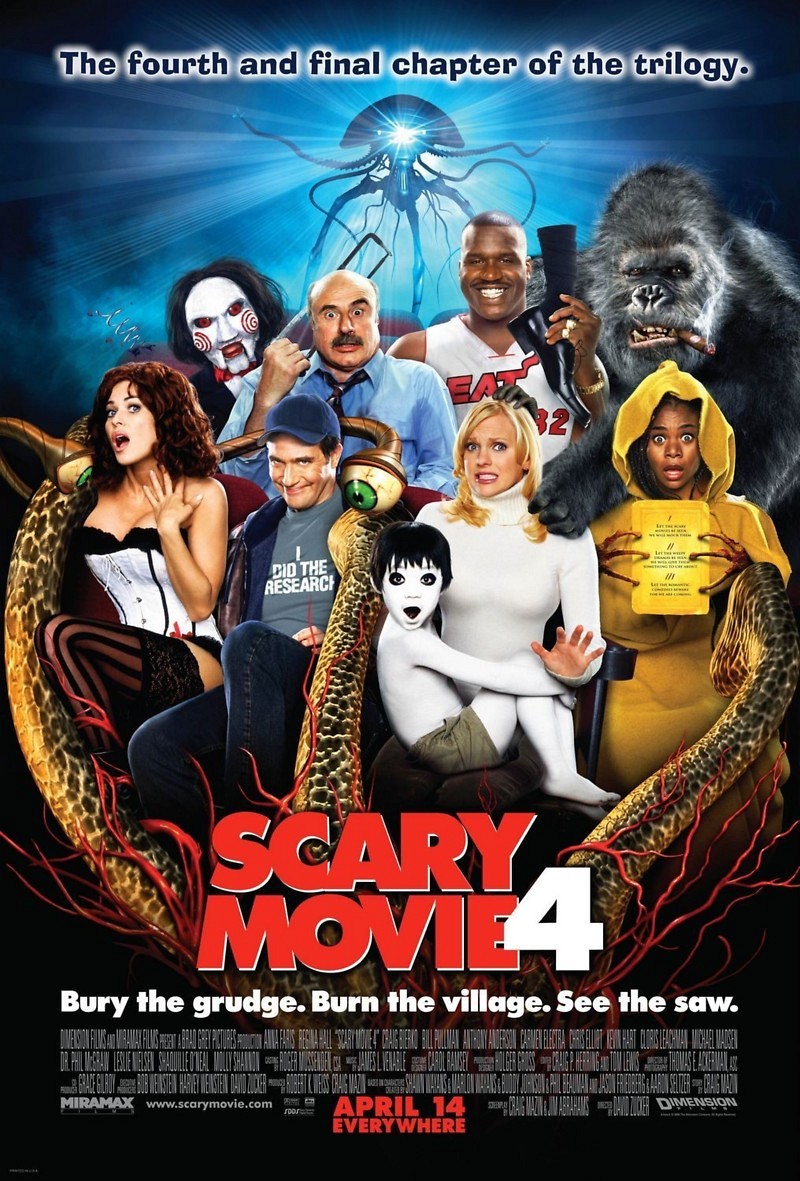 DVD: Scary Movie 4 DVD release date is set for August 15, 2006. Dates do change so check back often as the release approaches.

Blu-ray: Scary Movie 4 Blu-ray will be available the same day as the DVD. Blu-ray and DVD releases are typically released around 12-16 weeks after the theatrical premiere.

Digital: Scary Movie 4 digital release from Amazon Video and iTunes will be available 1-2 weeks before the Blu-ray, DVD, and 4K releases. The estimate release date is August 2006. We will update this page with more details as they become available. The movie has been out for around since its theatrical release.

An end of an era begins in Scary Movie 4. The final film to feature Cindy Campbell and Brenda Weeks, Scary Movie 4 is a parody of some of the biggest movies of the year. The absurd comedy begins when Shaq and Dr. Phil are chained together in a sendup of Saw before audiences are treated to the continuing adventures of Cindy as she goes to visit her former brother-in-law. But, when he’s accidentally killed, Cindy finds herself drawn into even more craziness than she’s used to.

Scary Movie 4 DVD/Blu-ray is rated PG-13. Parents are urged to be cautious. Some material may be inappropriate for pre-teenagers (under 13).

The movie currently has a 5 out of 10 IMDb rating and 40 Metascore on Metacritic. We will continue to add and update review scores.