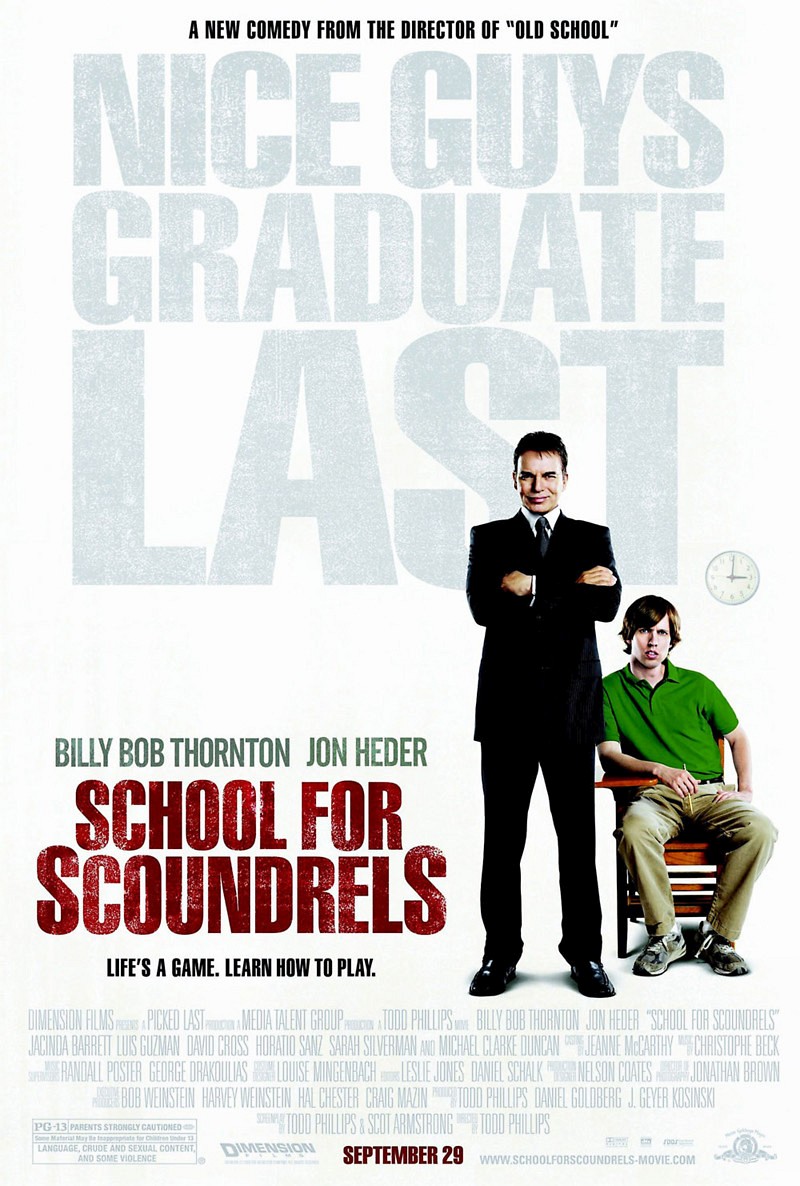 DVD: School for Scoundrels DVD release date is set for February 13, 2007. Dates do change so check back often as the release approaches.

Blu-ray: School for Scoundrels Blu-ray will be available the same day as the DVD. Blu-ray and DVD releases are typically released around 12-16 weeks after the theatrical premiere.

Digital: School for Scoundrels digital release from Amazon Video and iTunes will be available 1-2 weeks before the Blu-ray, DVD, and 4K releases. The estimate release date is February 2007. We will update this page with more details as they become available. The movie has been out for around since its theatrical release.

Roger is kind of a mess. He is a meter reader with very low self confidence. When Roger enrolls in a class that he believes will boost his self image so he can finally get together with the love of his life, things get a little crazy. Dr. P has some very different teaching methods. With little respect for his “students,” he vows to give them all they need to be successful in all aspects of life. But it’s not necessarily what Roger was expecting. When Dr. P sets his sights on Roger’s girl, the game is on!

School for Scoundrels DVD/Blu-ray is rated PG-13. Parents are urged to be cautious. Some material may be inappropriate for pre-teenagers (under 13).

The movie currently has a 6 out of 10 IMDb rating and 44 Metascore on Metacritic. We will continue to add and update review scores.