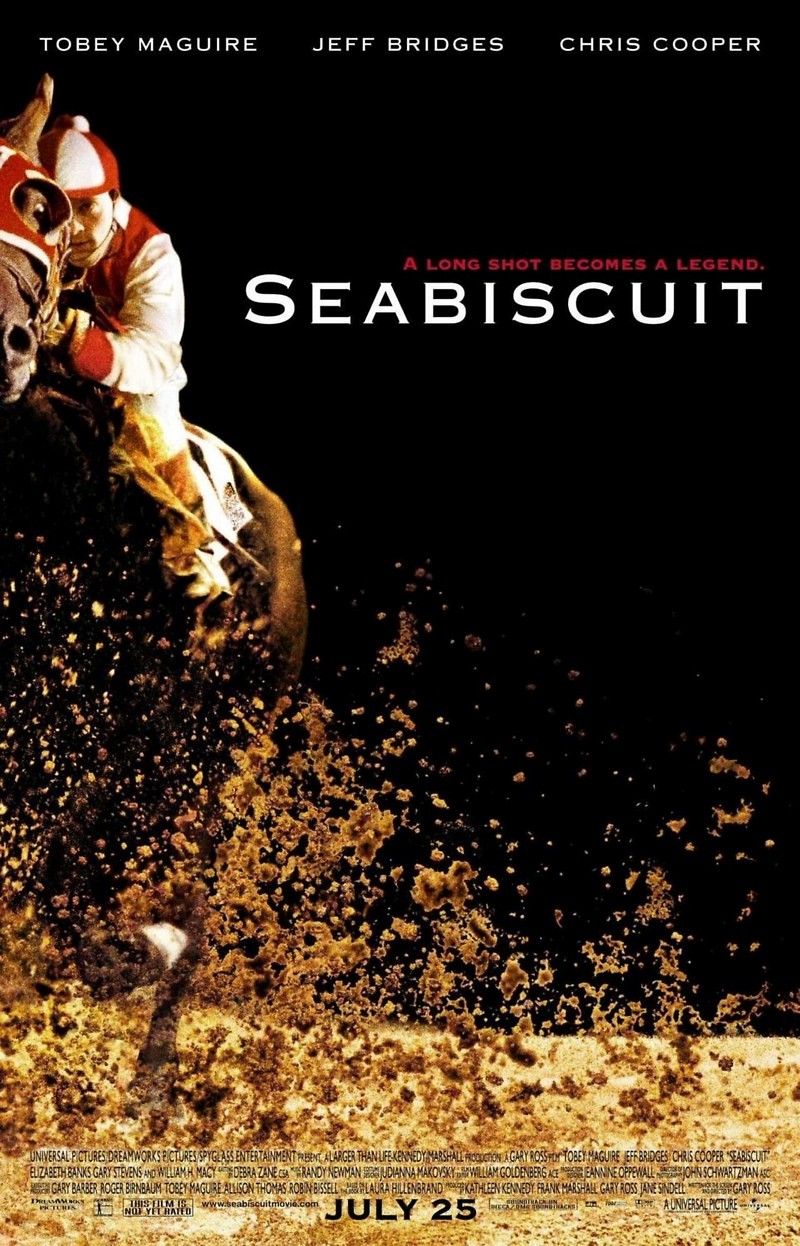 DVD: Seabiscuit DVD release date is set for May 23, 2006. Dates do change so check back often as the release approaches.

Blu-ray: Seabiscuit Blu-ray will be available the same day as the DVD. Blu-ray and DVD releases are typically released around 12-16 weeks after the theatrical premiere.

Digital: Seabiscuit digital release from Amazon Video and iTunes will be available 1-2 weeks before the Blu-ray, DVD, and 4K releases. The estimate release date is May 2006. We will update this page with more details as they become available. The movie has been out for around since its theatrical release.

Set in the era of the Depression, this true sports drama centers around three men and the horse Seabiscuit, who through his legendary racing, helped create victories that were instrumental in igniting the spirit of the poor and jobless Americans of the 1930s. The owner of the horse is Charles Howard, and he hires a former partially-blind boxer with riding skills, Red Pollard, to work as his jockey. With the help of horse trainer Tom Smith, the three men train and promote Seabiscuit into becoming a house-hold name in America through the horse’s racing victories. Along the way, accidents happen, but Seabiscuit and jockey prevail to instill inspiration.

Seabiscuit DVD/Blu-ray is rated PG-13. Parents are urged to be cautious. Some material may be inappropriate for pre-teenagers (under 13).

The movie currently has a 7.4 out of 10 IMDb rating and 72 Metascore on Metacritic. We will continue to add and update review scores.