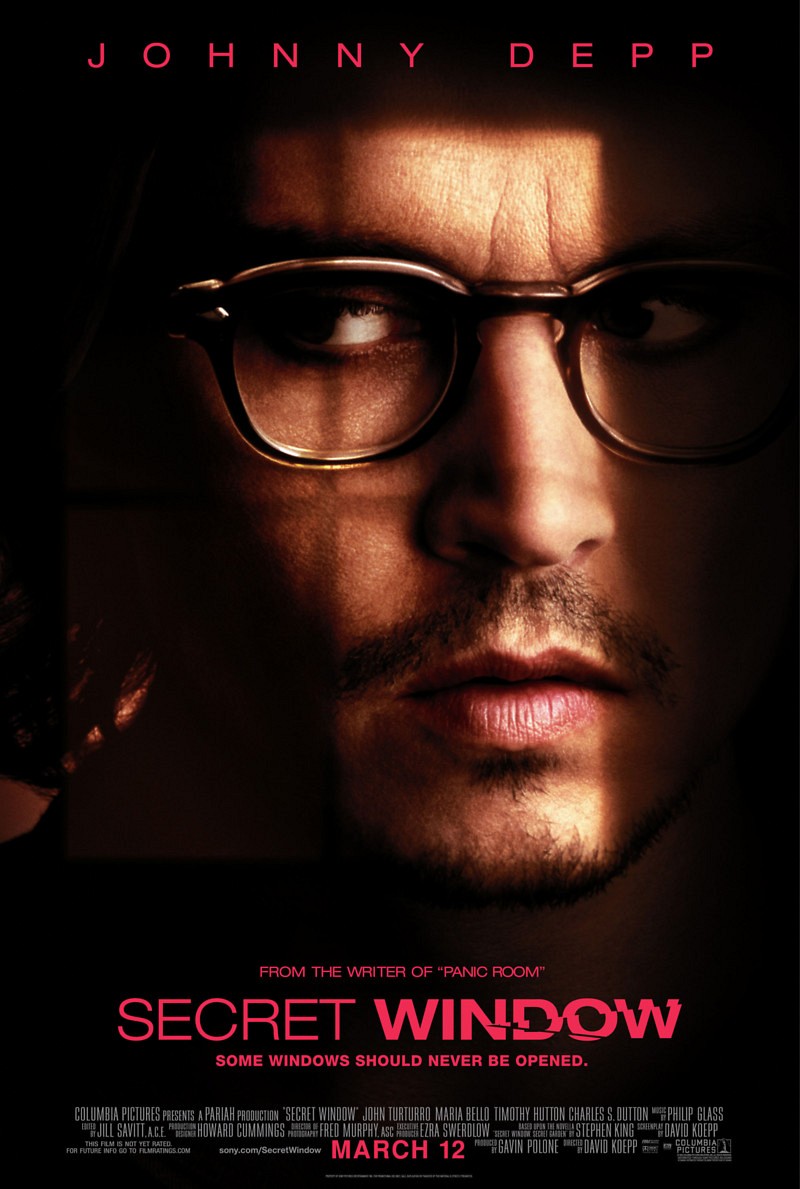 DVD: Secret Window DVD release date is set for June 22, 2004. Dates do change so check back often as the release approaches.

Blu-ray: Secret Window Blu-ray will be available the same day as the DVD. Blu-ray and DVD releases are typically released around 12-16 weeks after the theatrical premiere.

Digital: Secret Window digital release from Amazon Video and iTunes will be available 1-2 weeks before the Blu-ray, DVD, and 4K releases. The estimate release date is June 2004. We will update this page with more details as they become available. The movie has been out for around since its theatrical release.

Scribe Mort Rainey has penned several disturbing novels in his life, but nothing prepared him for discovering his wife’s unfaithfulness. After suffering a mental breakdown, he retreats to his sprawling lakeside cottage to work through his writer’s block and move on with his life. However, his plan is thwarted by a strange man calling himself Shooter, who accuses Mort of plagiarism. The two have several menacing encounters. In the end, Mort discovers that Shooter is far closer to him than he ever could have realized. His wife is dead, charges are pending and no one can find any proof that Shooter ever existed. Mort spends a lot of time looking out the small window in his study, which overlooks the garden where his wife’s body is interred.

Secret Window DVD/Blu-ray is rated PG-13. Parents are urged to be cautious. Some material may be inappropriate for pre-teenagers (under 13).

The movie currently has a 6.5 out of 10 IMDb rating and 46 Metascore on Metacritic. We will continue to add and update review scores.