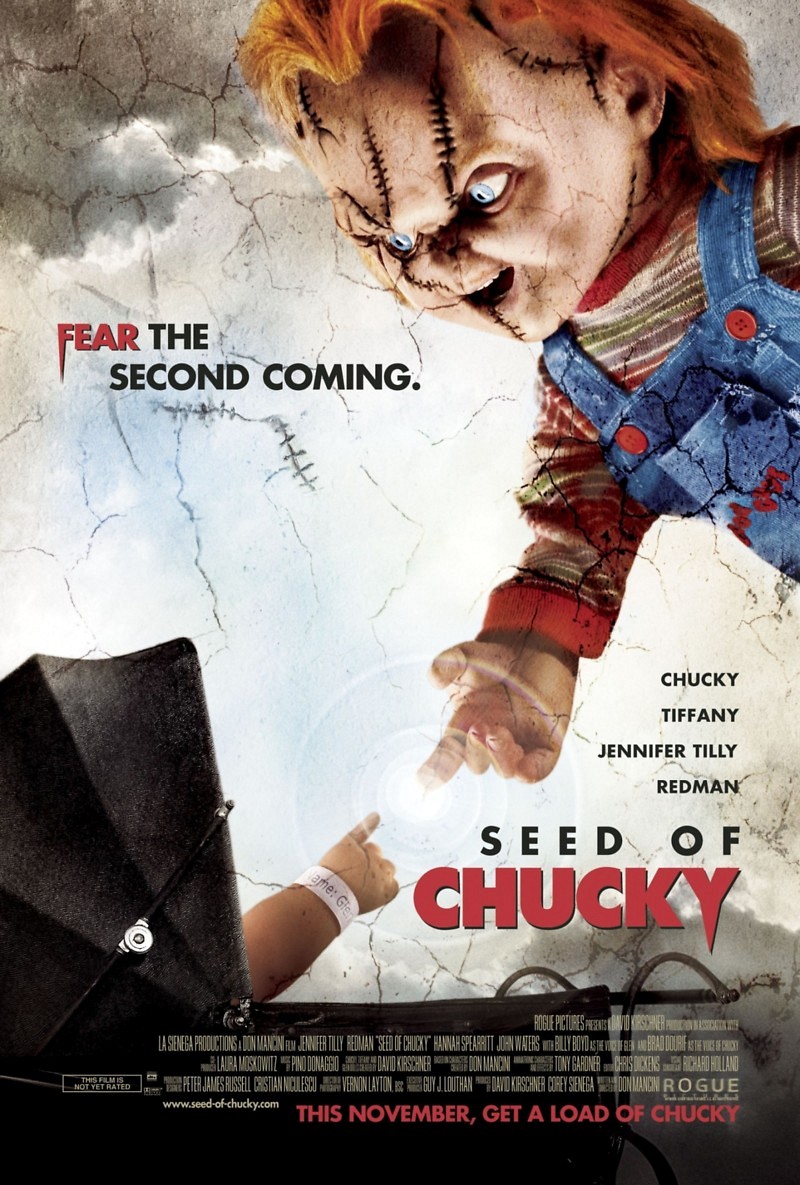 DVD: Seed of Chucky DVD release date is set for June 7, 2005. Dates do change so check back often as the release approaches.

Blu-ray: Seed of Chucky Blu-ray will be available the same day as the DVD. Blu-ray and DVD releases are typically released around 12-16 weeks after the theatrical premiere.

Digital: Seed of Chucky digital release from Amazon Video and iTunes will be available 1-2 weeks before the Blu-ray, DVD, and 4K releases. The estimate release date is May 2005. We will update this page with more details as they become available. The movie has been out for around since its theatrical release.

Seed of Chucky stars Brad Dourif, Jennifer Tilly, Billy Boyd, Redman, Hannah Spearritt. View everything you need to know about the movie below.

Taking a step away from the pure-horror genre that the series is known for, this fifth installment of Child’s Play takes on a comedic turn and makes light of the plot while continuing the original story line. Glen, Chucky and Tiffany’s peace-loving spawn, embarks on a quest to learn more about his murderous parents. After resurrecting the couple, Glen finds that his father will stop at nothing to ensure that he follows an evil path and not the pure path he is drawn to.

Seed of Chucky DVD/Blu-ray is rated R. R stands for ‘Restricted’, which means children under 17 require accompanying parent or adult guardian. The movie contains some adult material and parents are urged to learn more about the movie.

The movie currently has a 5.1 out of 10 IMDb rating and 46 Metascore on Metacritic. We will continue to add and update review scores.