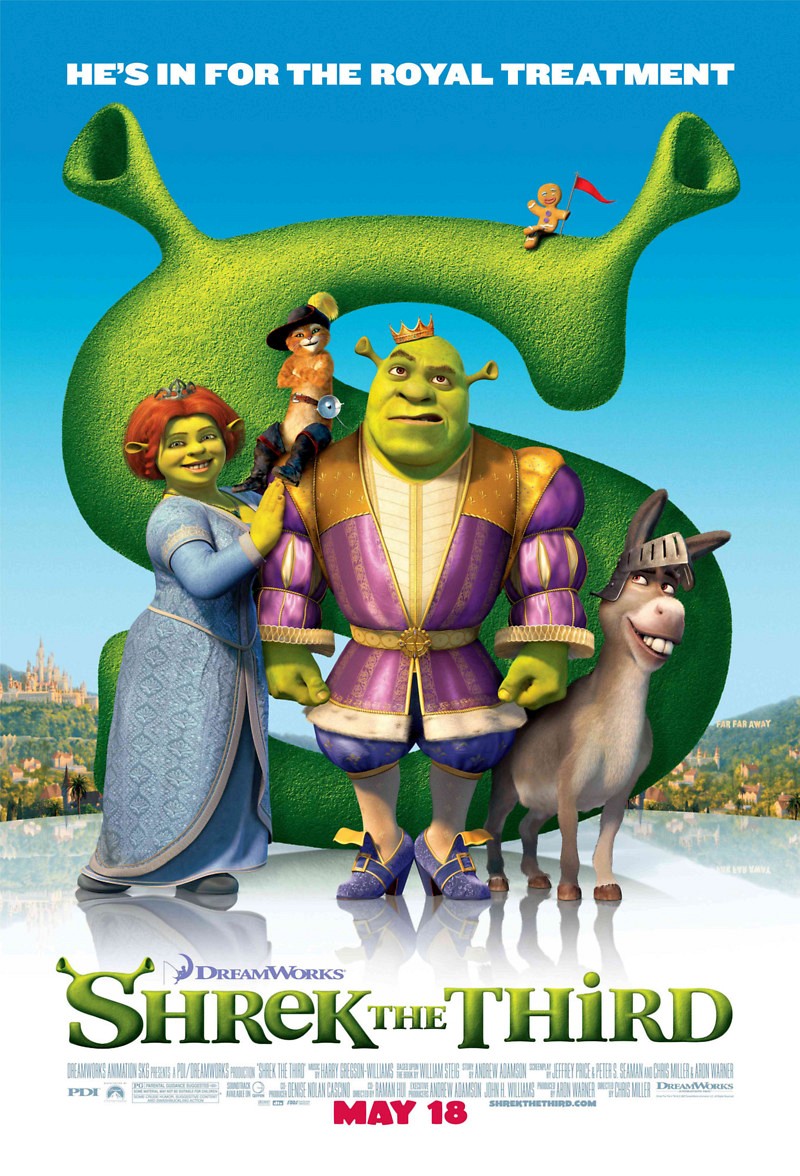 DVD: Shrek the Third DVD release date is set for November 13, 2007. Dates do change so check back often as the release approaches.

Blu-ray: Shrek the Third Blu-ray will be available the same day as the DVD. Blu-ray and DVD releases are typically released around 12-16 weeks after the theatrical premiere.

Digital: Shrek the Third digital release from Amazon Video and iTunes will be available 1-2 weeks before the Blu-ray, DVD, and 4K releases. The estimate release date is November 2007. We will update this page with more details as they become available. The movie has been out for around since its theatrical release.

The lovable ogres Shrek and Fiona have relocated from their beloved swamp to Far, Far Away to help rule the kingdom while King Harold is ill. When Shrek learns of another heir to the throne, he journeys in search of young Artie to convince him to accept the title of king. The diabolical Prince Charming has other plans and storms the castle, sending Captain Hook and his gang to thwart Shrek. While Fiona and the princesses are captured, Shrek and Arthur are transported to the kingdom by the magic of Merlin and discover the Prince’s plot before they, too, are caught. Now Shrek, Fiona, and all their friends must work together to foil Prince Charming’s plan and save the kingdom.

The movie currently has a 6.1 out of 10 IMDb rating and 58 Metascore on Metacritic. We will continue to add and update review scores.